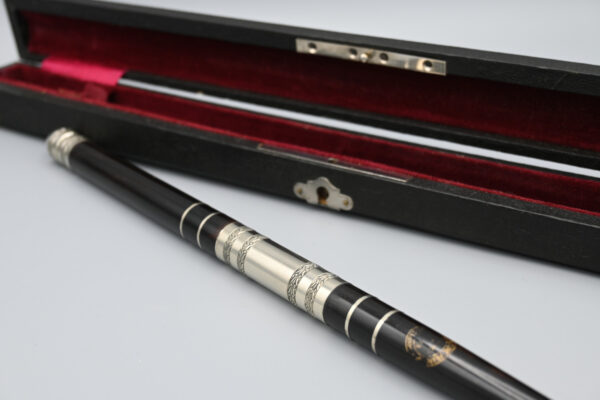 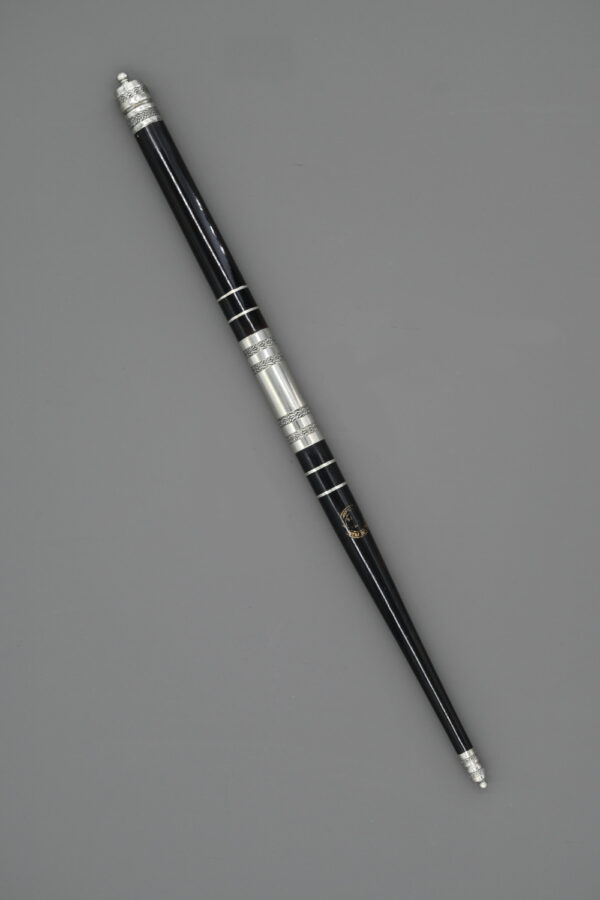 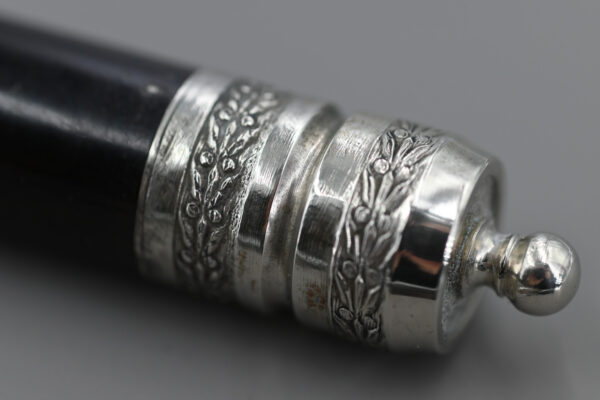 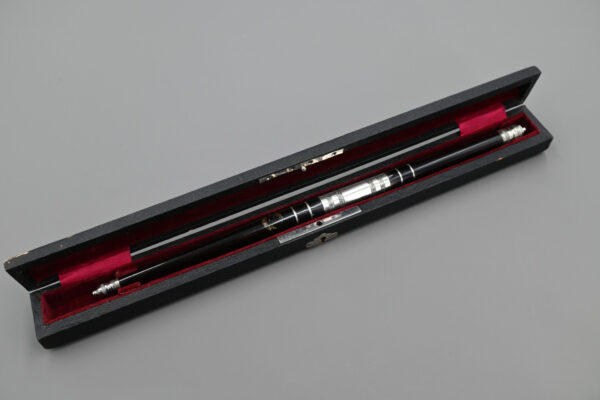 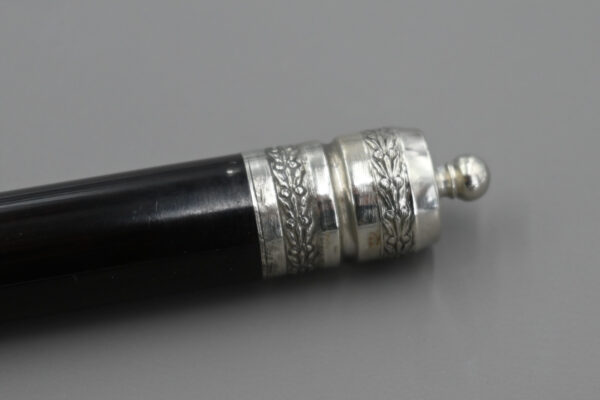 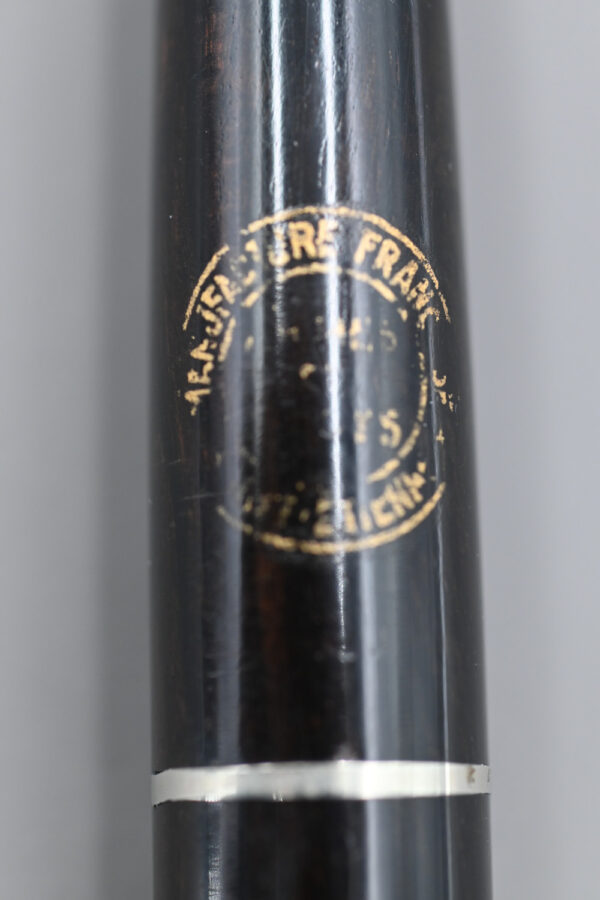 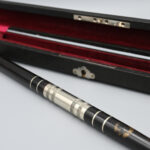 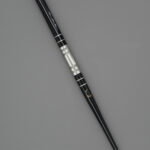 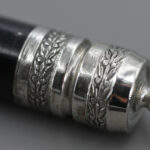 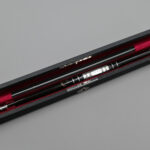 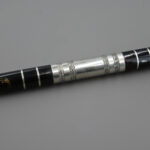 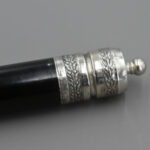 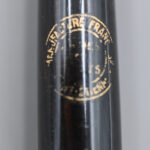 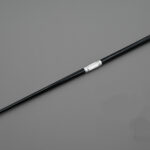 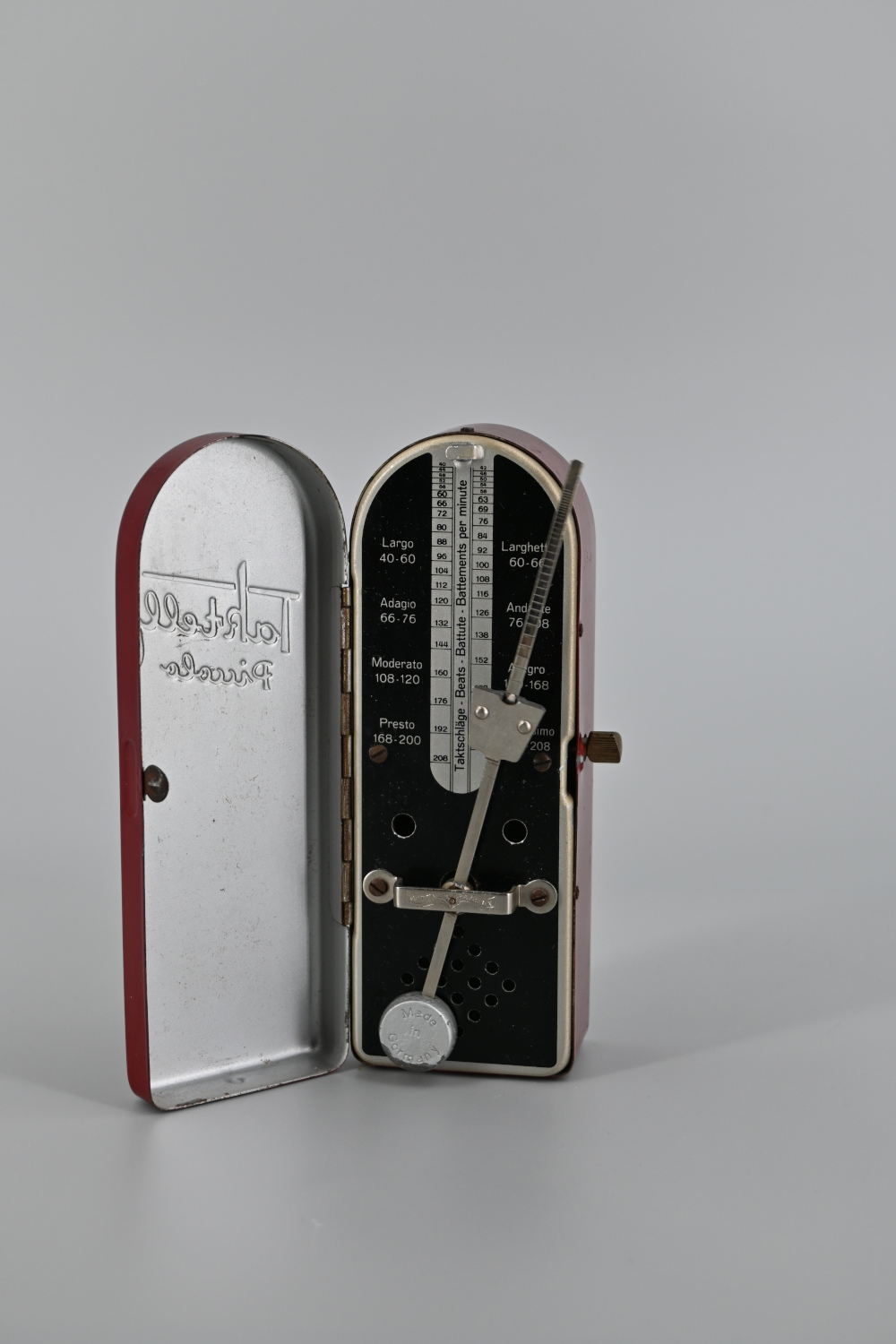 A charming conductor’s baton made perhaps of grenadilla wood with nickel silver mounts. It bears the company trademark ‘Manufacture française d’Armes et Cycles de Saint-Étienne’. It dates from between 1885 and 1947.

The company Manufacture française d’Armes et Cycles de Saint-Étienne (French Arms and Cycle Factory of St. Etienne) was founded in 1885 by gunsmiths Étienne Mimard and Pierre Blachon in Saint-Étienne, France. It was the first French mail-order company, specialising in shotguns and bicycles. The company was extremely successful and went on to product many other products from sewing machines and fishing rods to household appliances and furniture. It appears that most of the products marketed and retailed by Manufrance were made by third-party producers. The company operated under that name until 1947 when it became Manufrance and continued until 1985. In 1988, the company’s trademarks and patents were acquired by a local entrepreneur who has relaunched the distribution of Manufrance products in stores and on the internet.

Perhaps this baton was awarded to a conductor on commemoration of achievement, perhaps at the Saint- Étienne opera or a local or international renowned orchestra. Or maybe the factory had a choir. It’s a mystery still unsolved – just like the whereabouts of the key to the case.