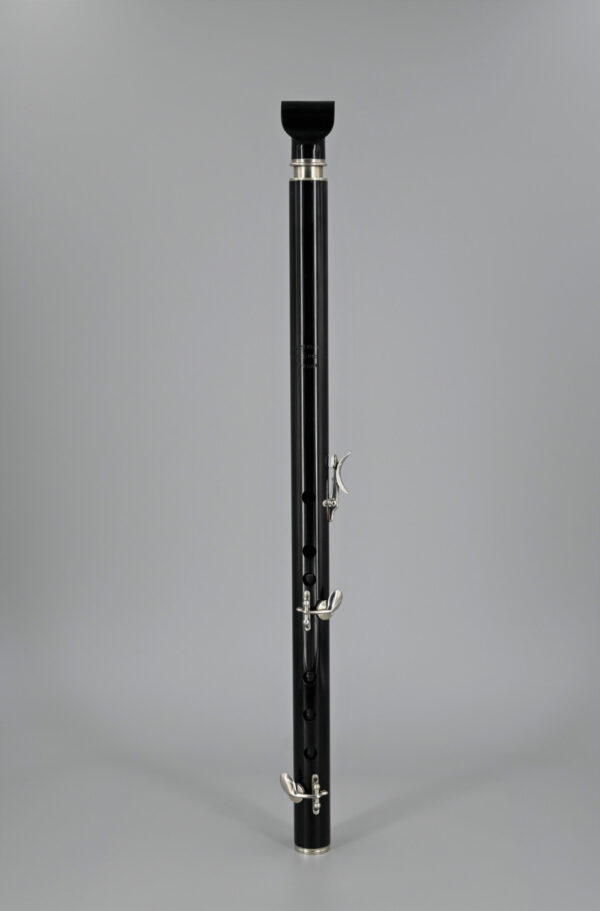 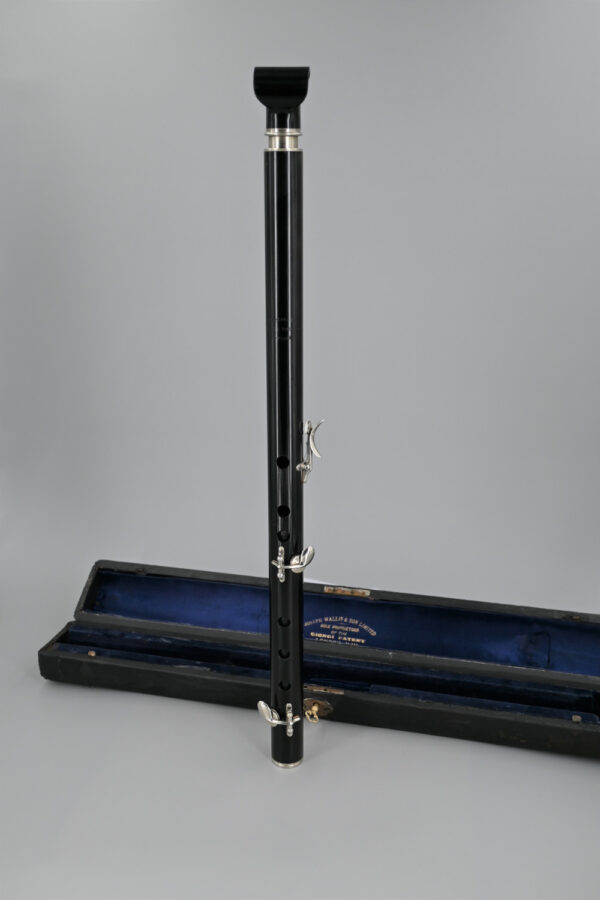 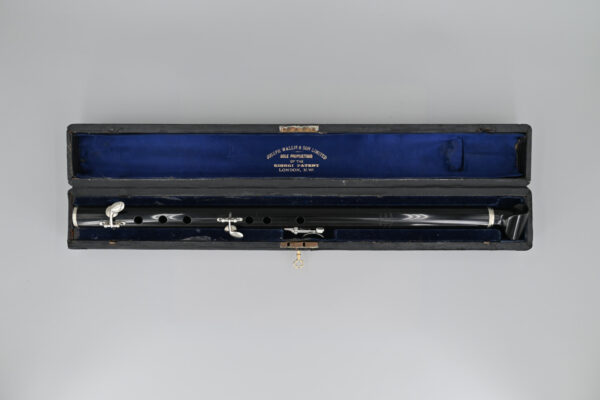 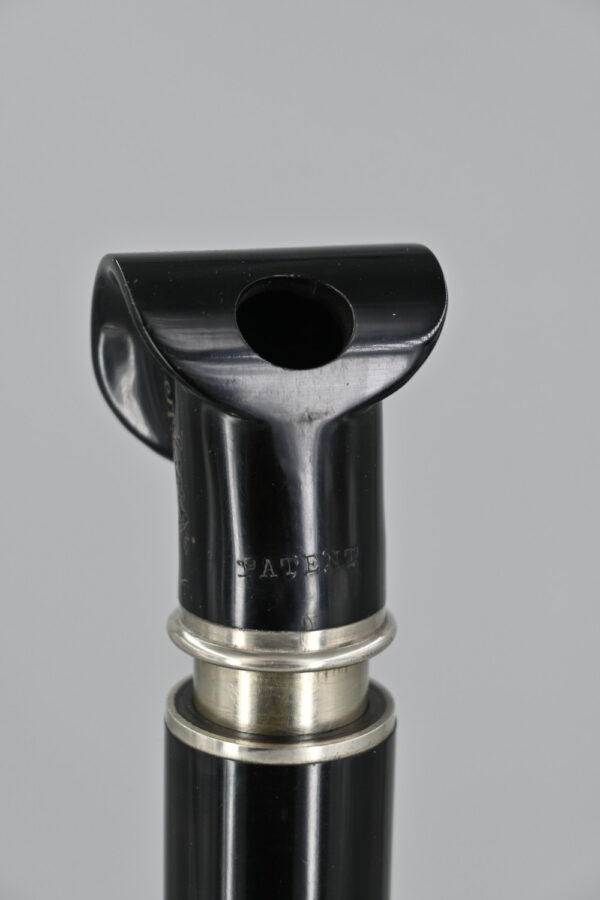 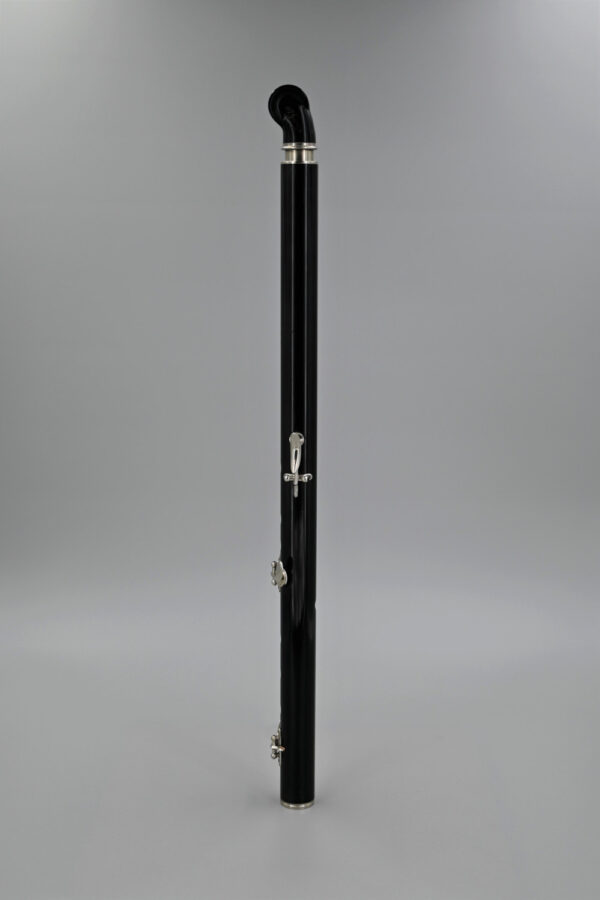 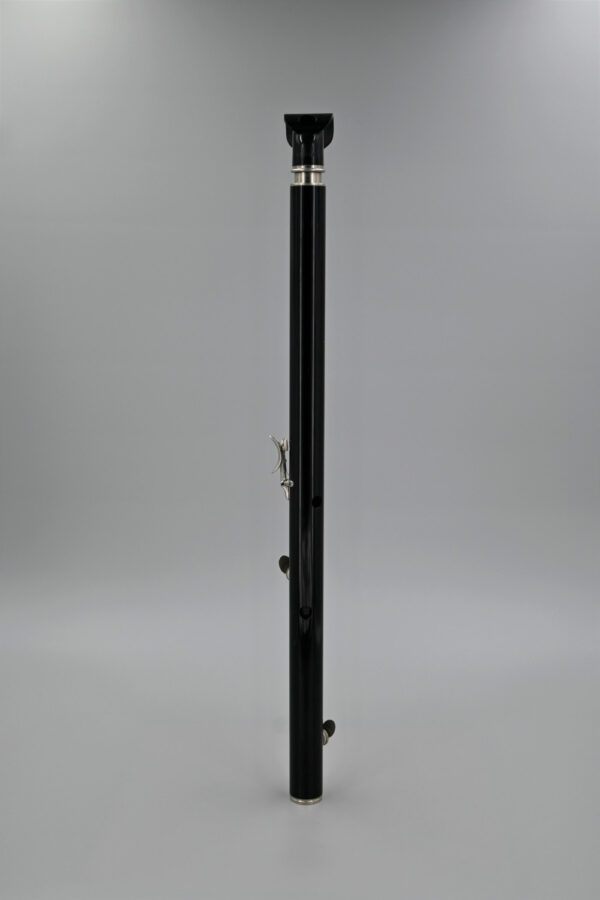 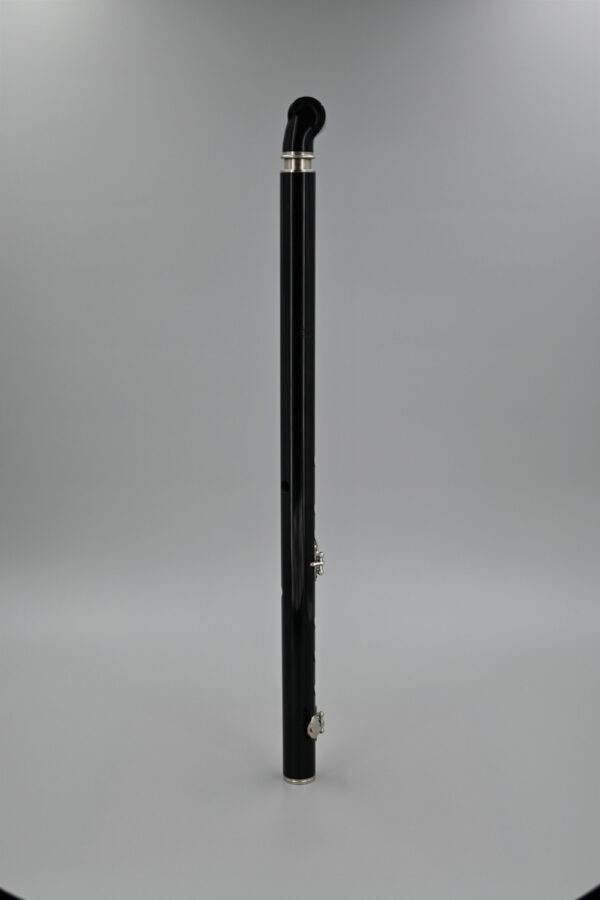 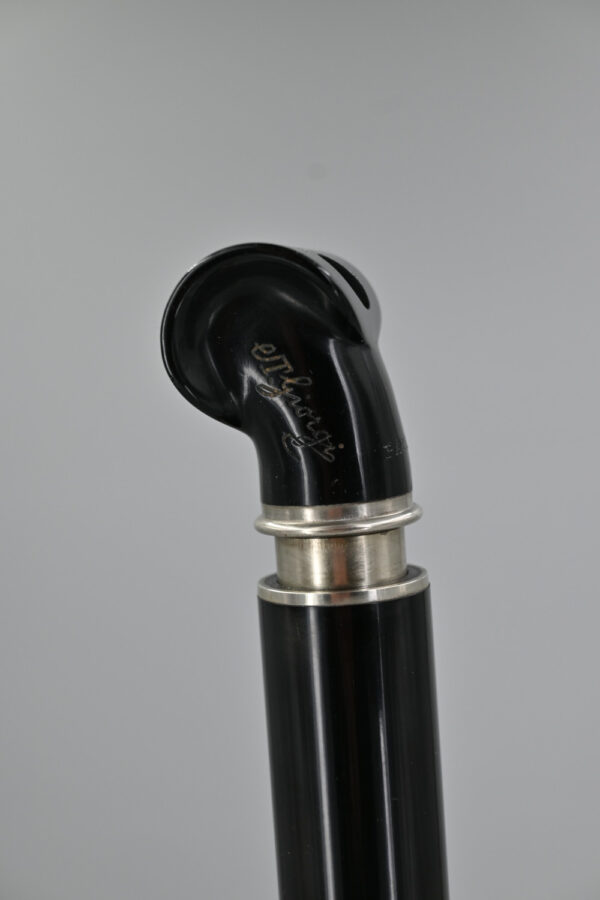 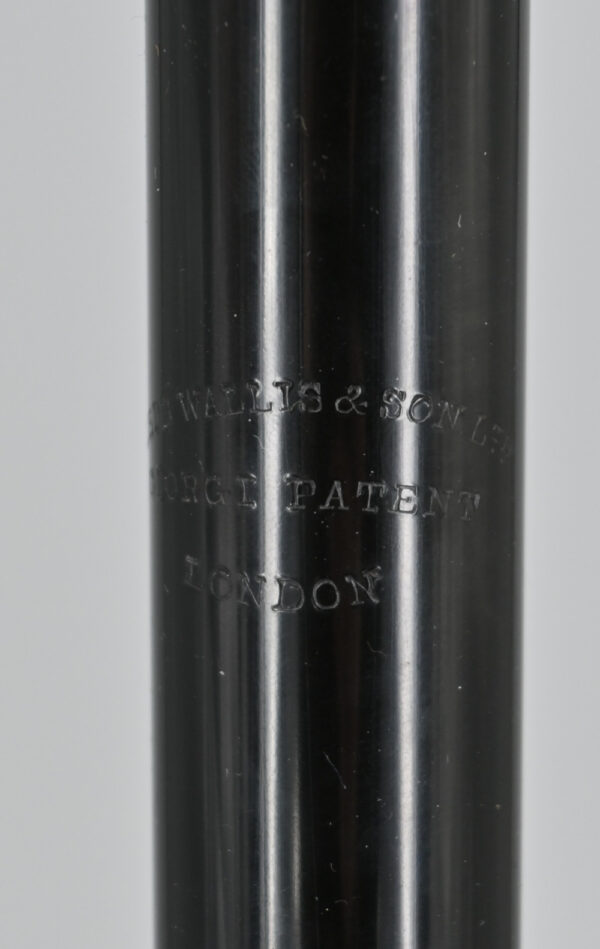 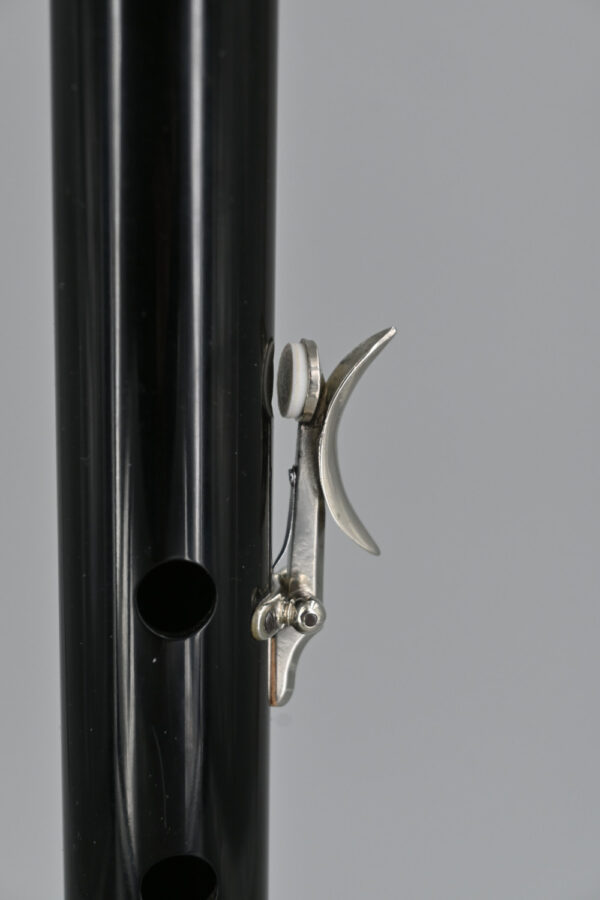 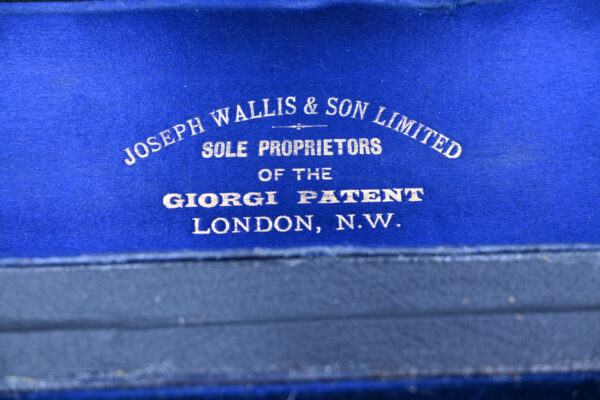 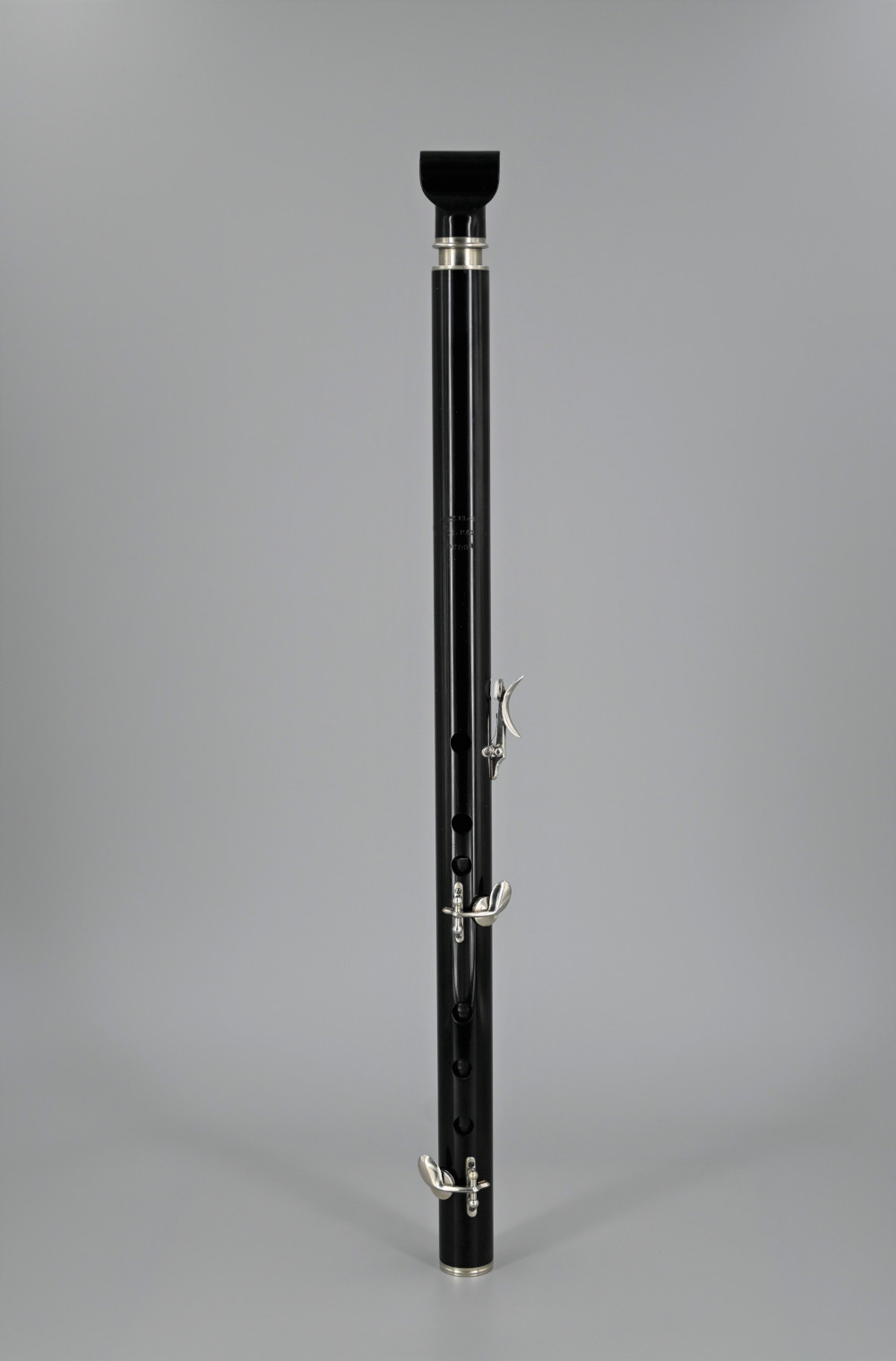 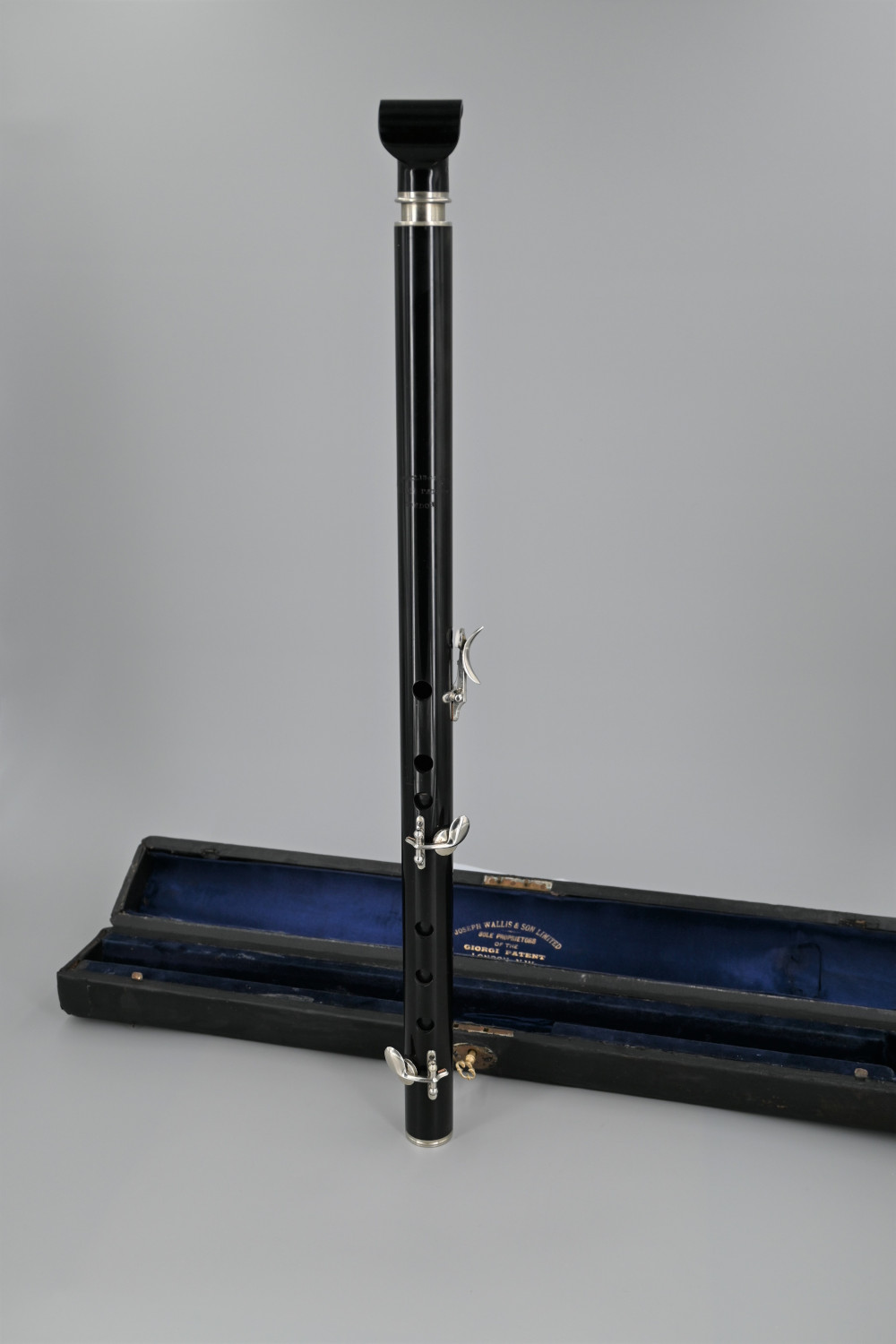 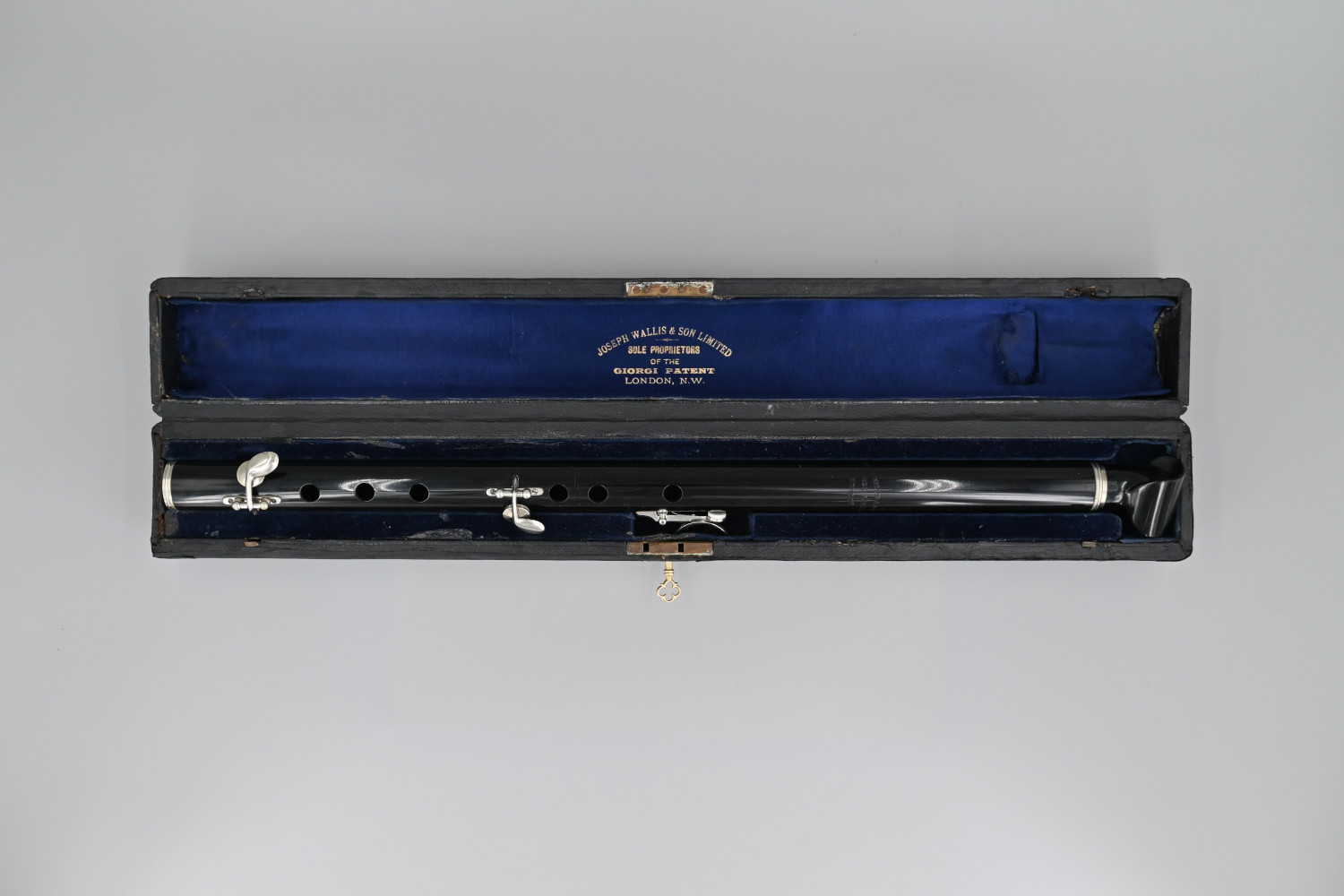 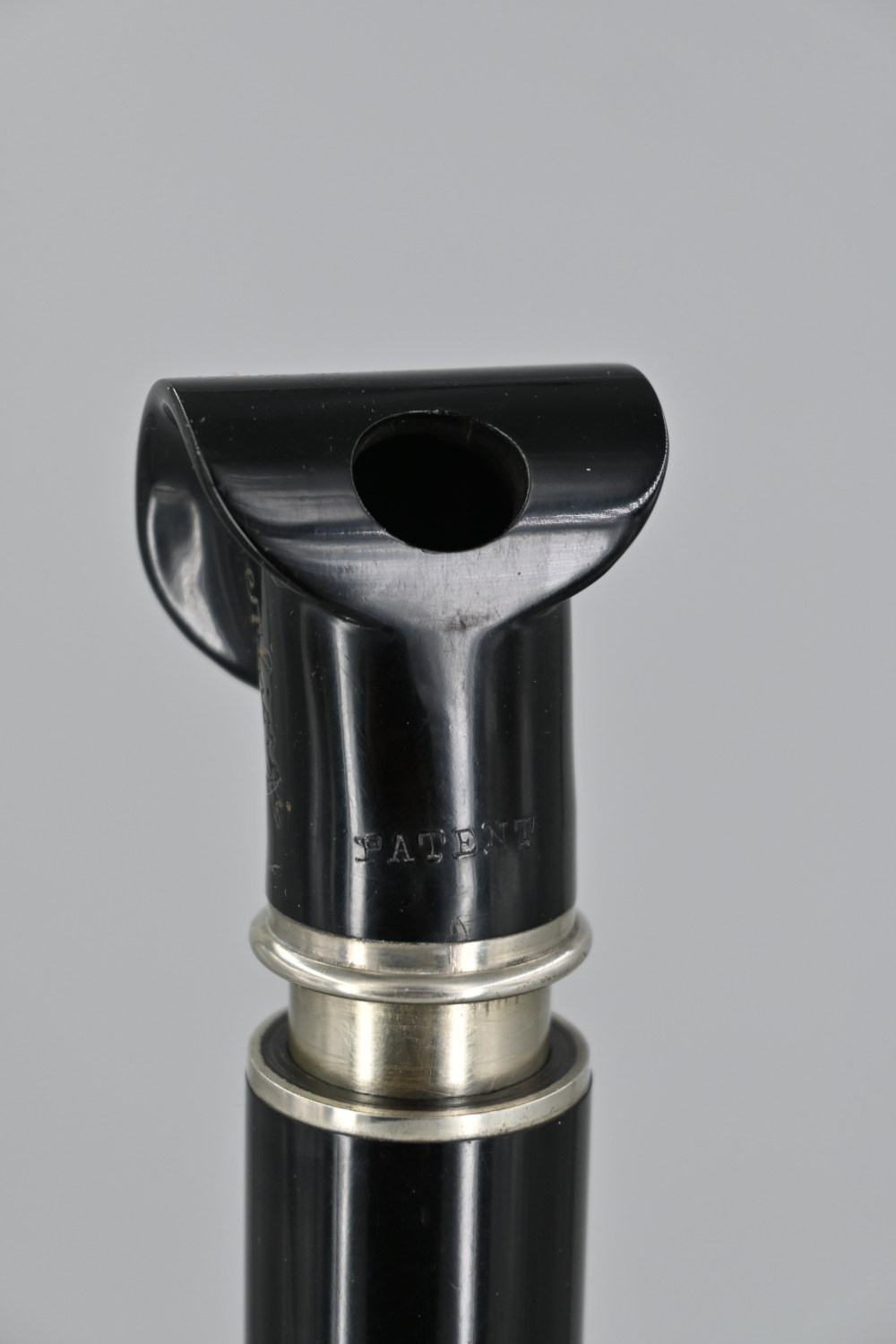 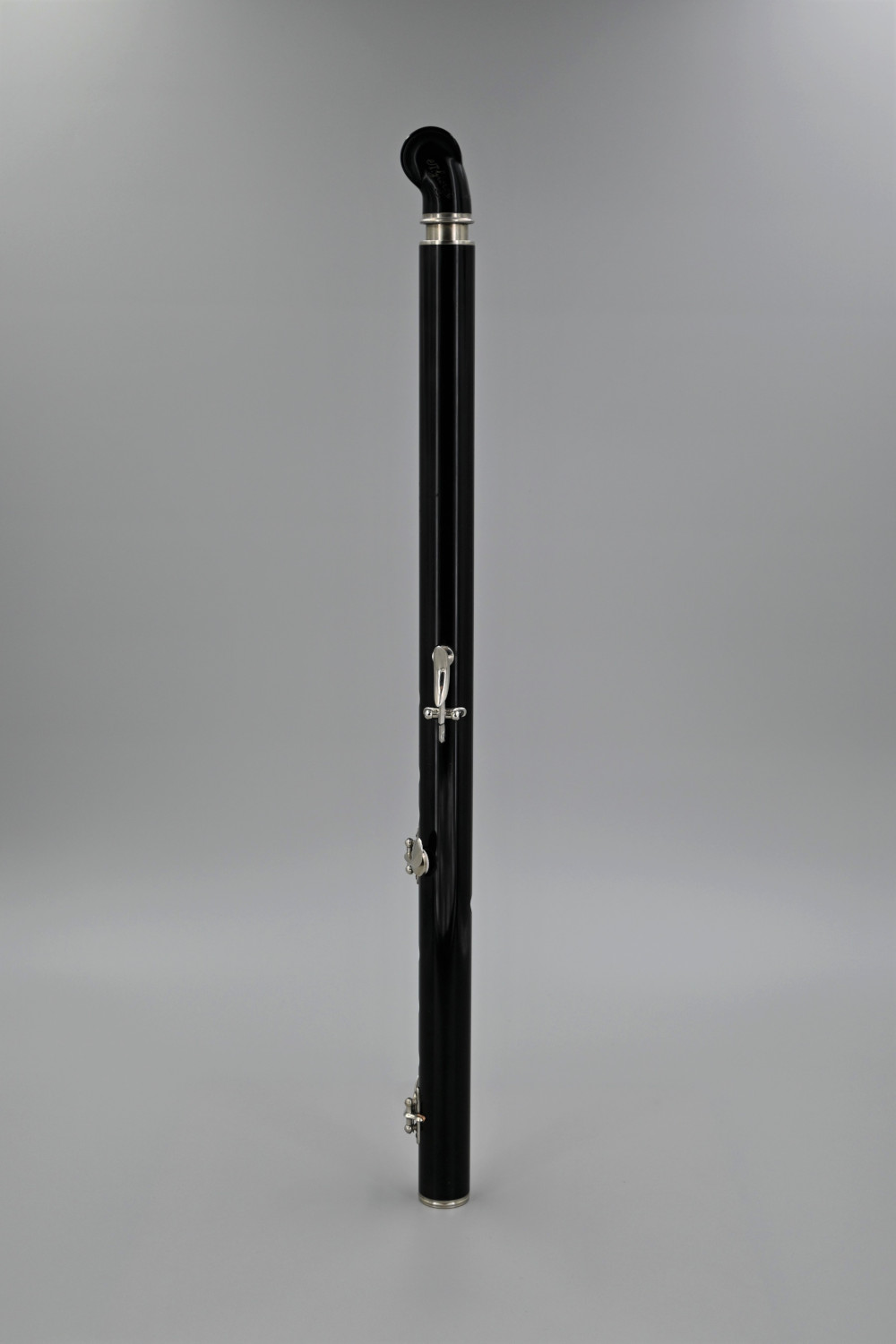 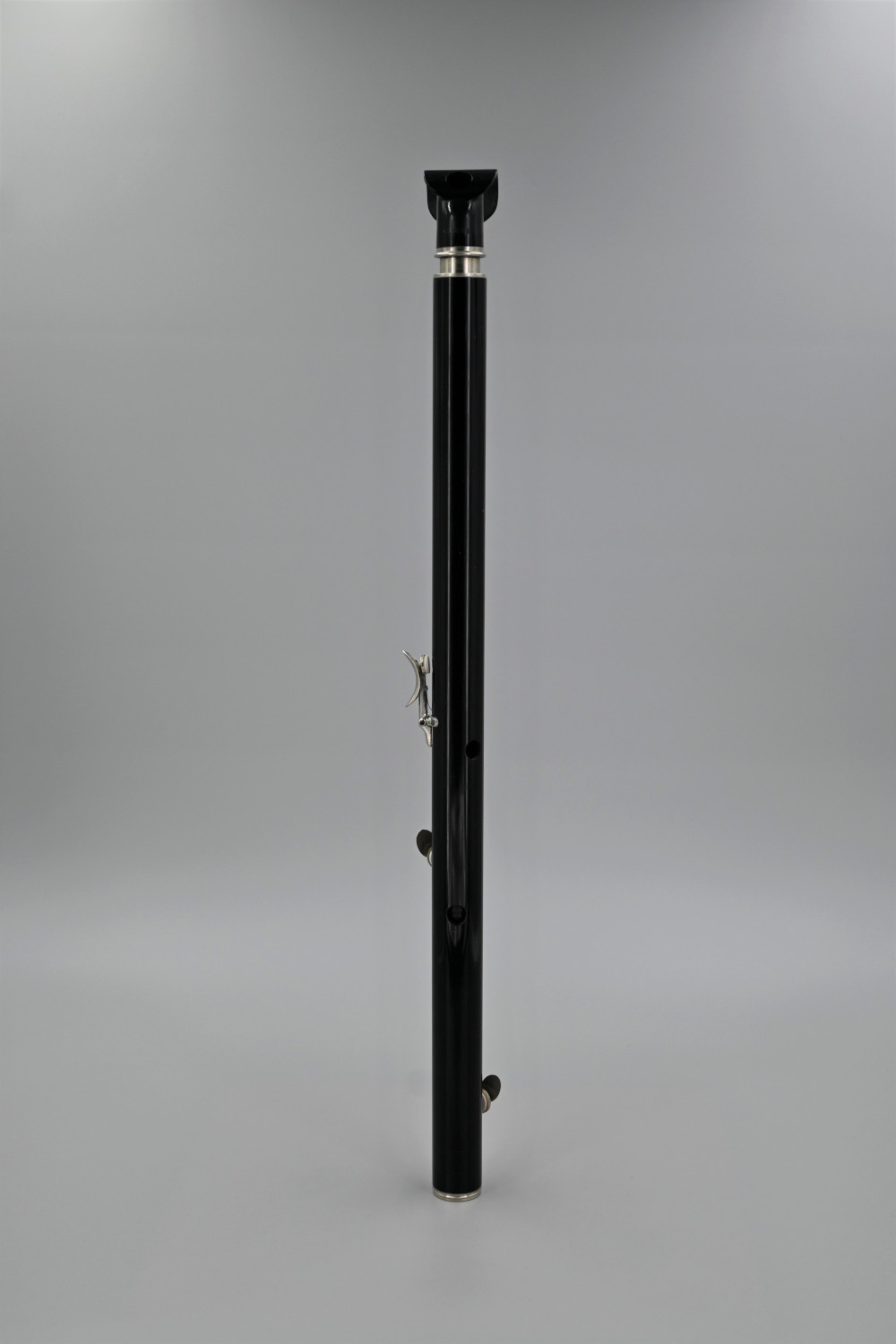 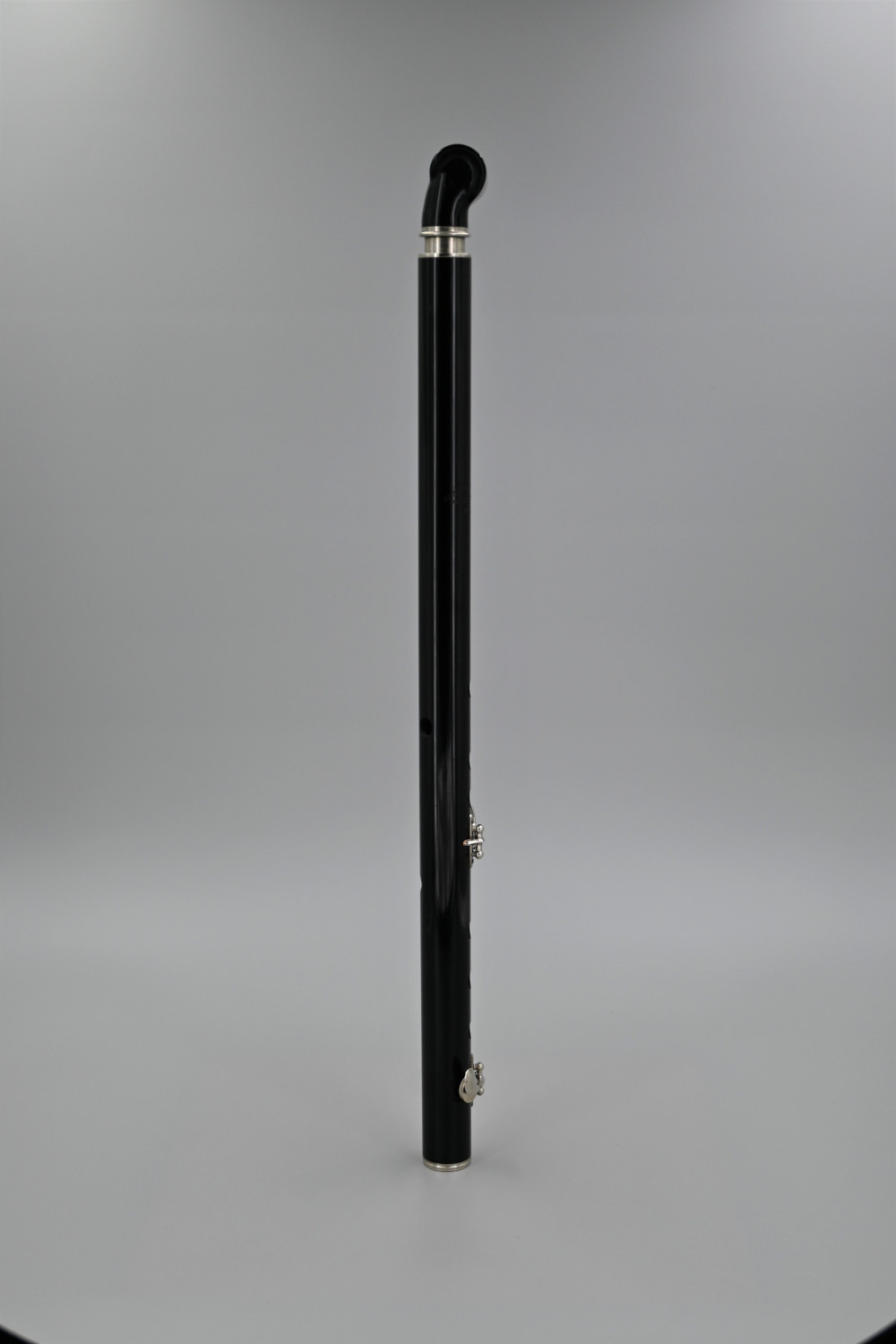 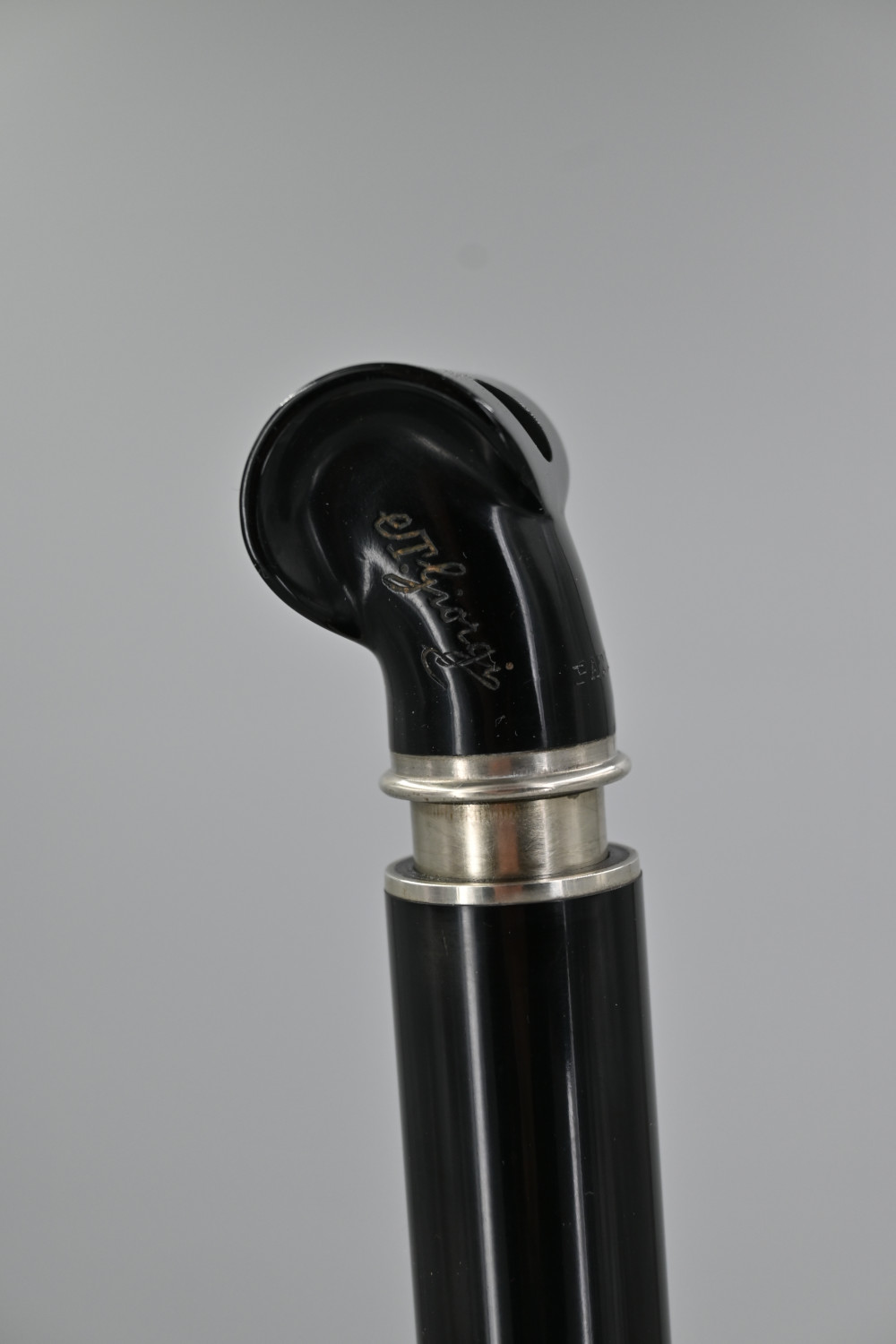 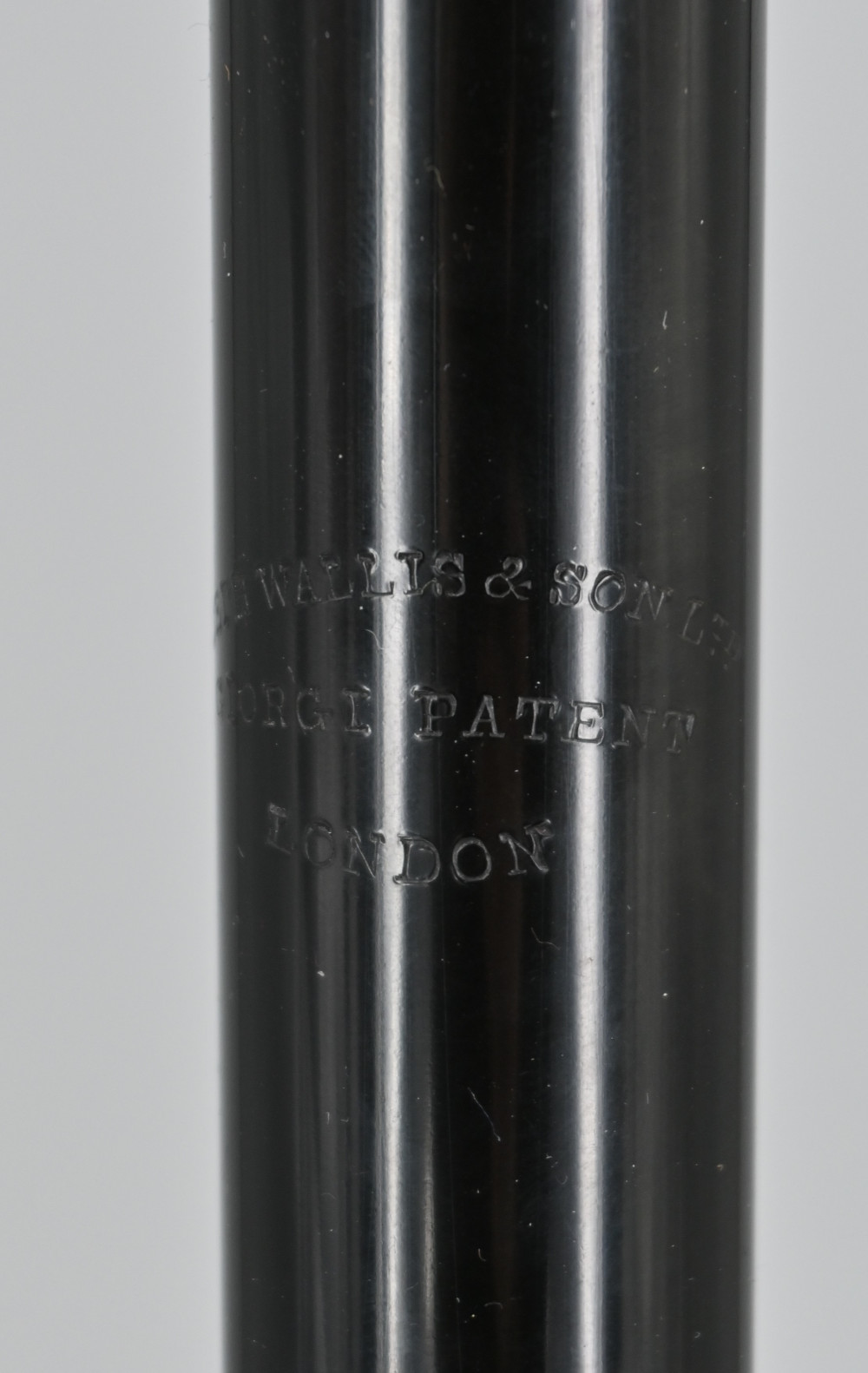 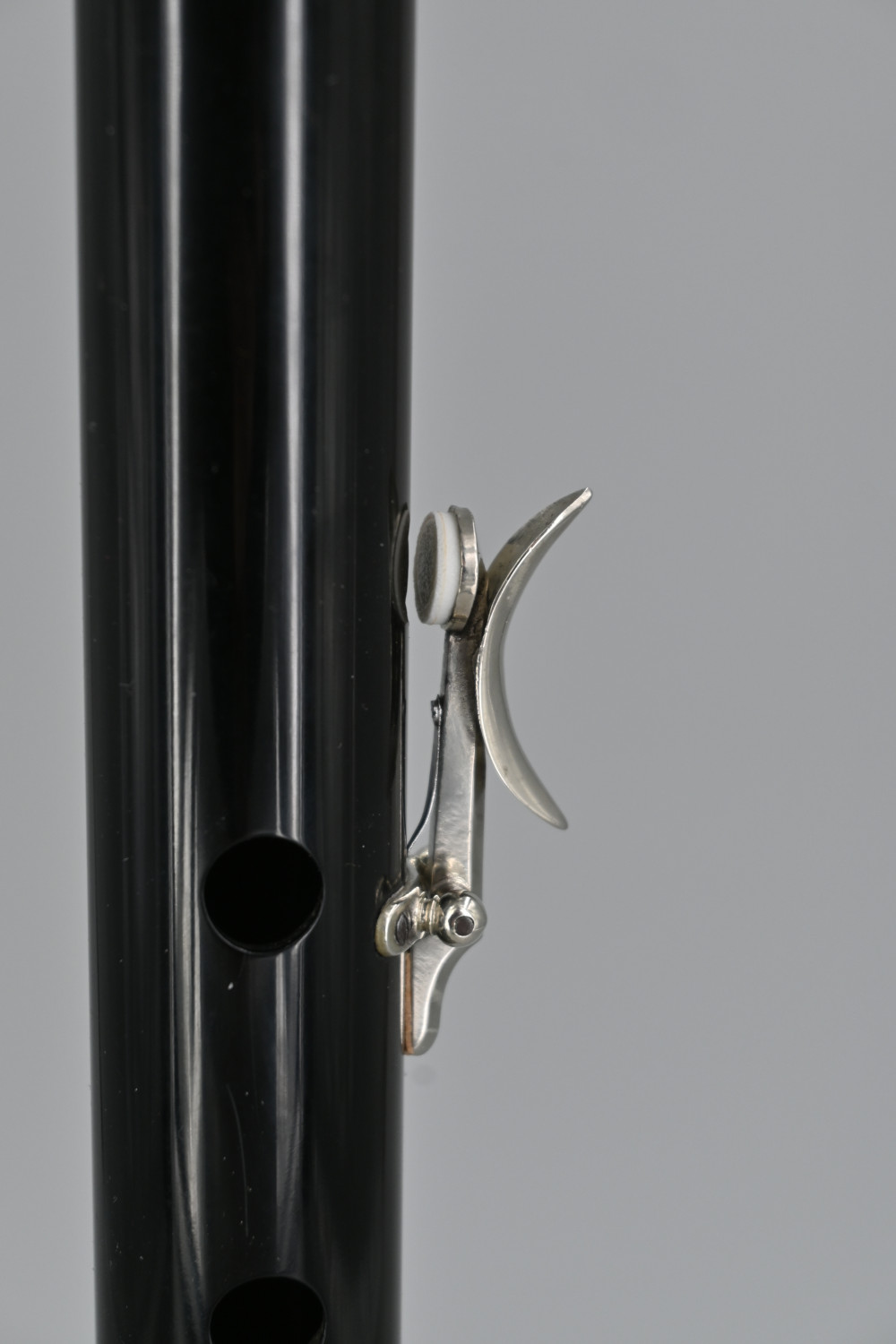 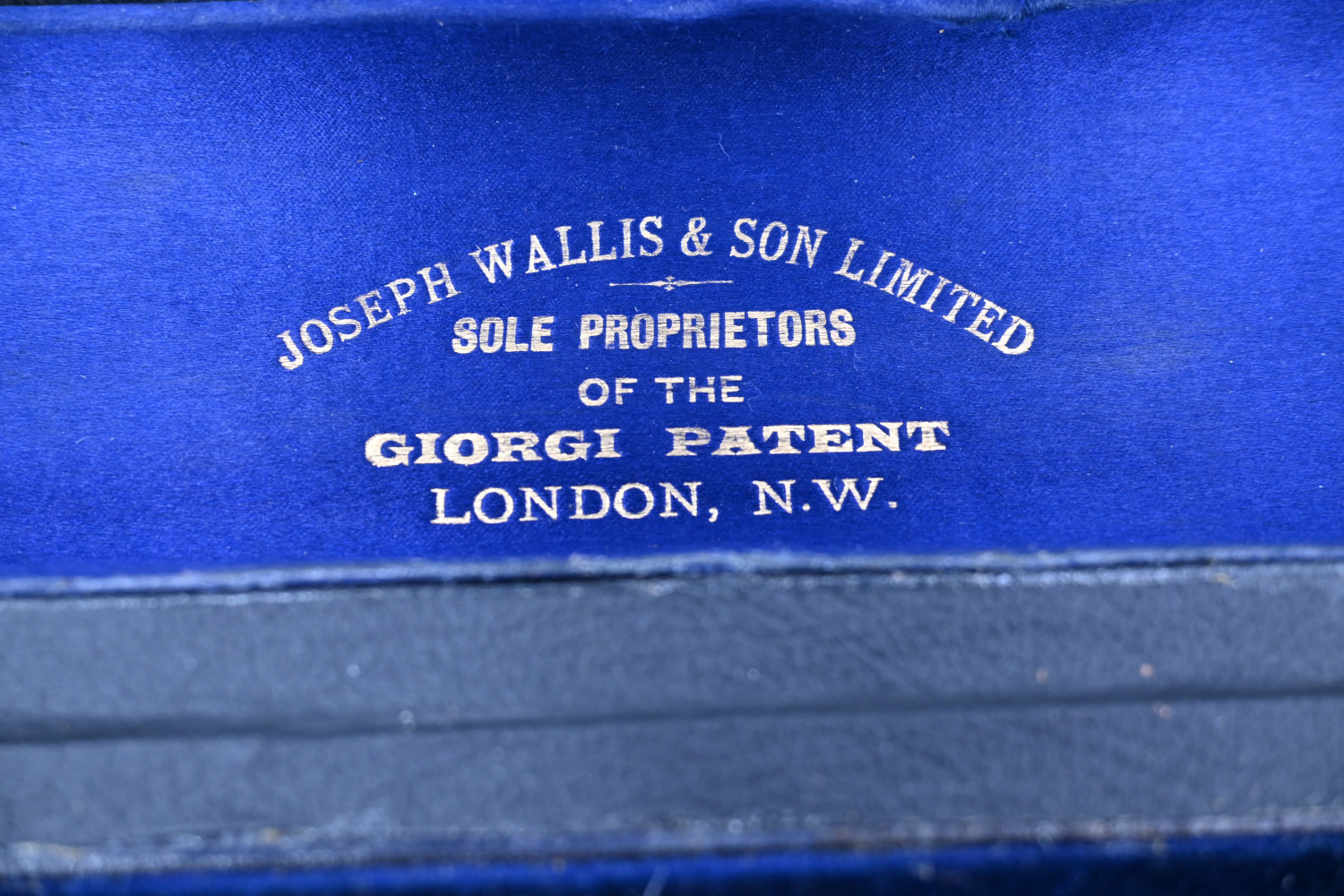 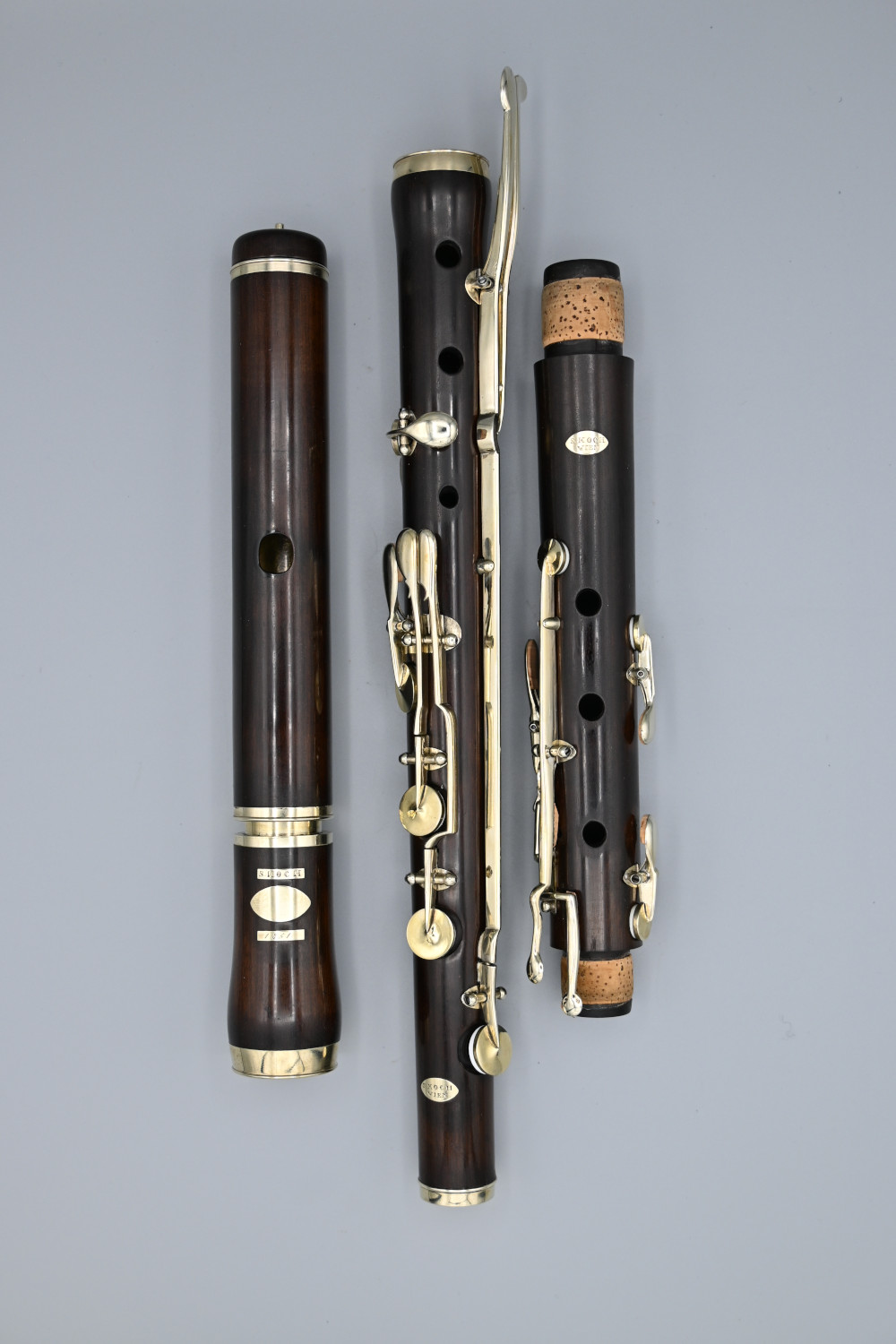 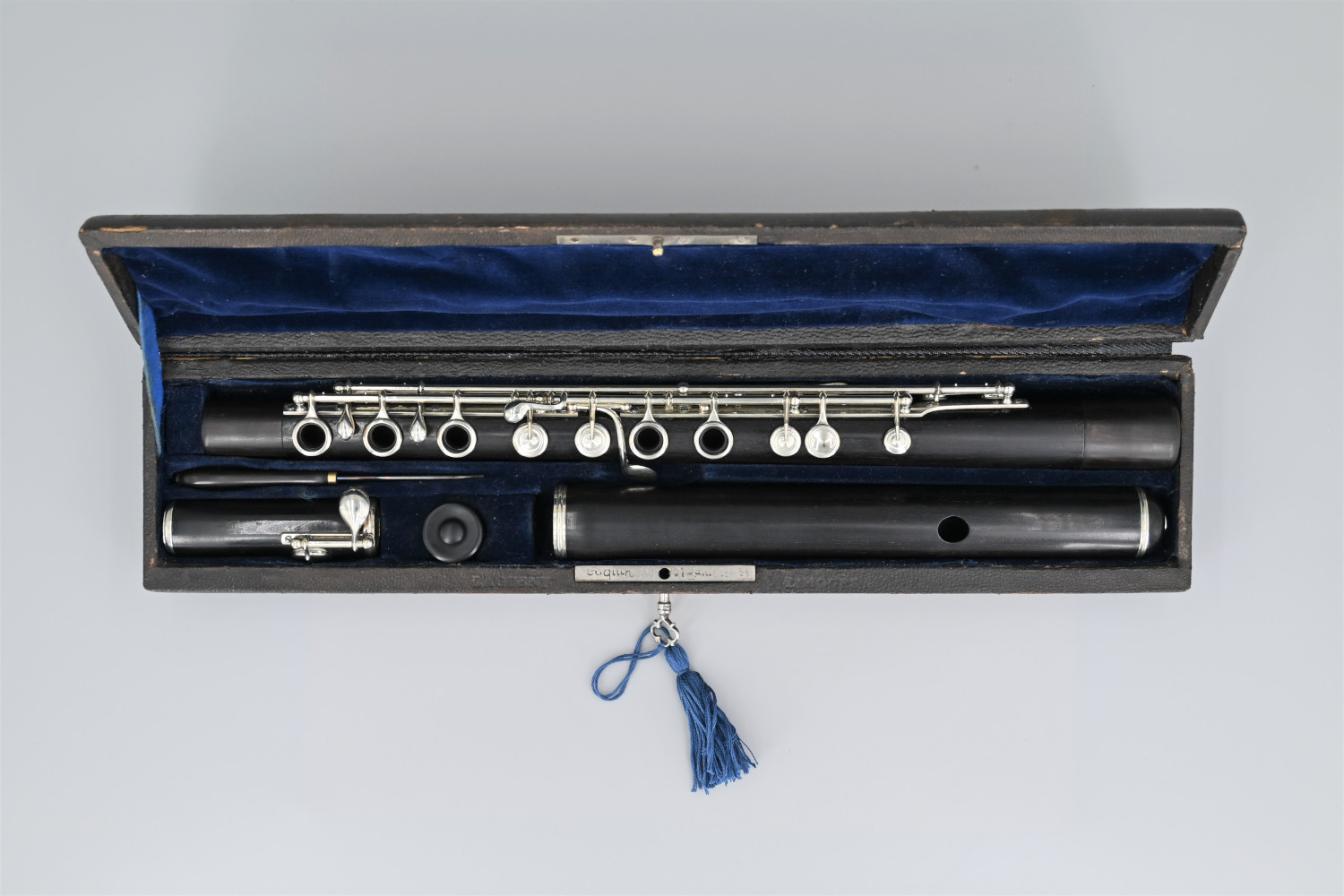 In the 19th century, several inventors patented ideas to enable the flute to be played vertically. This meant that the flute was held vertically, but blown transversely. Enter the fascinating ‘Giorgi’ flute!

This particular Giorgi flute is in excellent condition and probably dates from around 1896-1900. It plays at a=440 Hz and has been cleaned and the pads have been replaced with new ones. The body is stamped on the front with the words ‘JOSEPH WALLIS & SON LTD./ GIORGI PATENT/ LONDON. In addition, ‘PATENT’ is stamped on the front of the head joint. The head joint or mouthpiece is engraved on the left-hand side (from the player’s view) with ‘Wallis‘, and on the right hand side with ‘CT. Giorgio’, both in running script.  There is also an additional ‘T’ stamped on the back of the body near the base.

The flute is housed in a hard, wooden case and lined with blue fabric, possibly satin and has a working key. The case features a compartment in the fabric for the cleaning rod, which is sadly no longer there.
If you always wanted to own and play a Giorgi flute… now’s your opportunity!

has been added to your cart.
Checkout
Ebonite

Ebonite was invented in 1839 by Charles Goodyear. He found that he could obtain a black material, which was rigid rather than elastic, by mixing together and heating latex and sulphur. The result was a hard rubber and it was given the name ebonite because both the colour and consistency were very similar to ebony (heartwood).

Ebonite would go on to be used in the manufacture of many objects including high-quality fountain pens, bowling balls, clocks, electrical insulating material or saxophone and clarinet mouthpieces.

Ebonite was also employed as an alternative material for making flute bodies. It seems it was first used in flute making in the mid-1800s by New-York-based Alfred G. Badger and other makers followed suit. It was thought to be very advantageous as a material because it did not absorb water, was durable and difficult to break. It was also a bad conductor of heat which meant that alterations in air temperature would not affect the pitch of the flute.

The famous ‘Giorgi Flute’ was made entirely of ebonite (with metal rings) rather than wood by the London firm Joseph WALLIS & Son Limited in around 1900. It was not only constructed in this new hard rubber material, but had no keys!