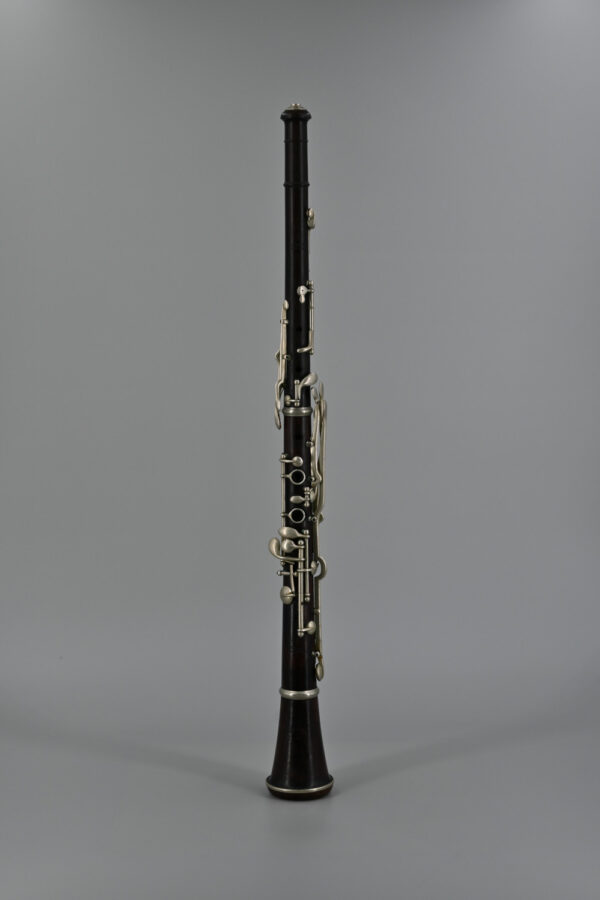 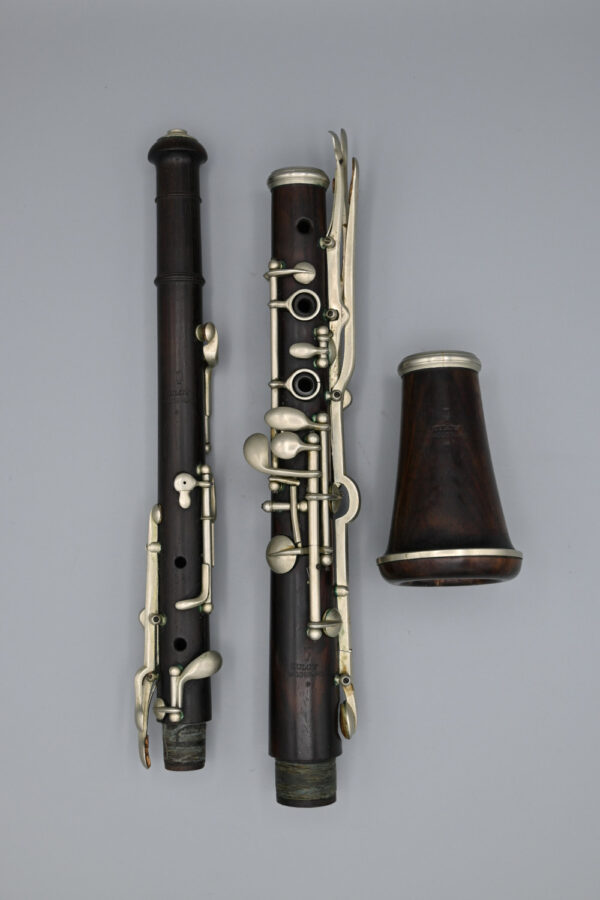 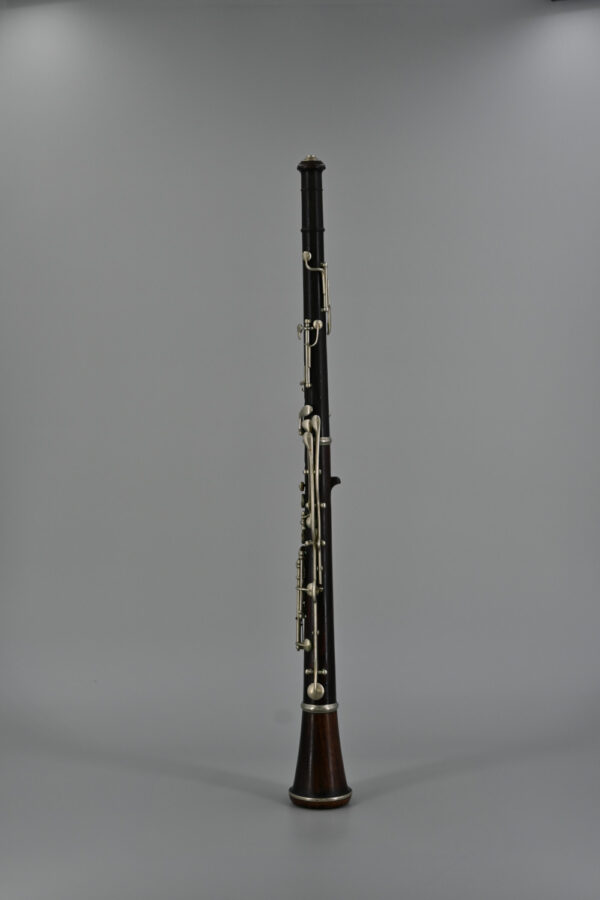 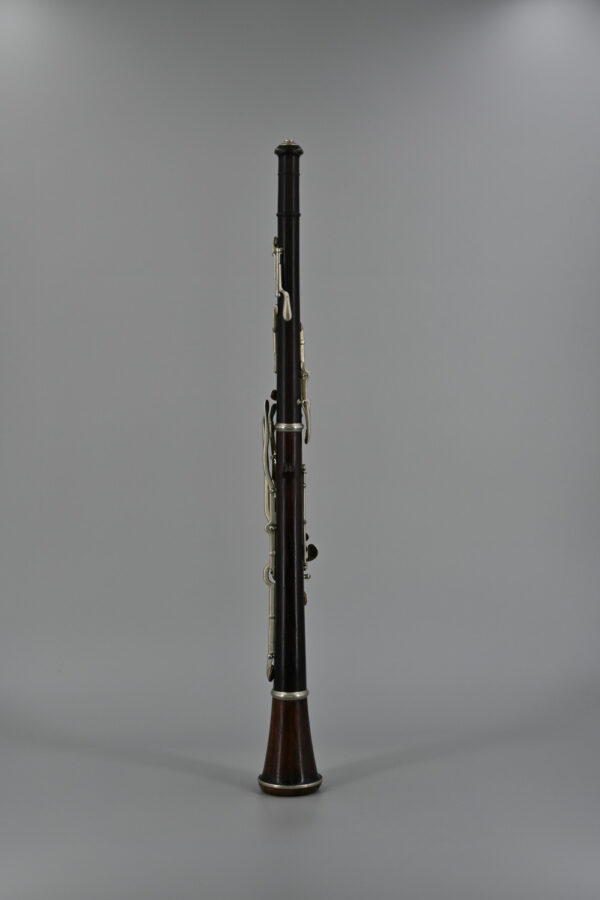 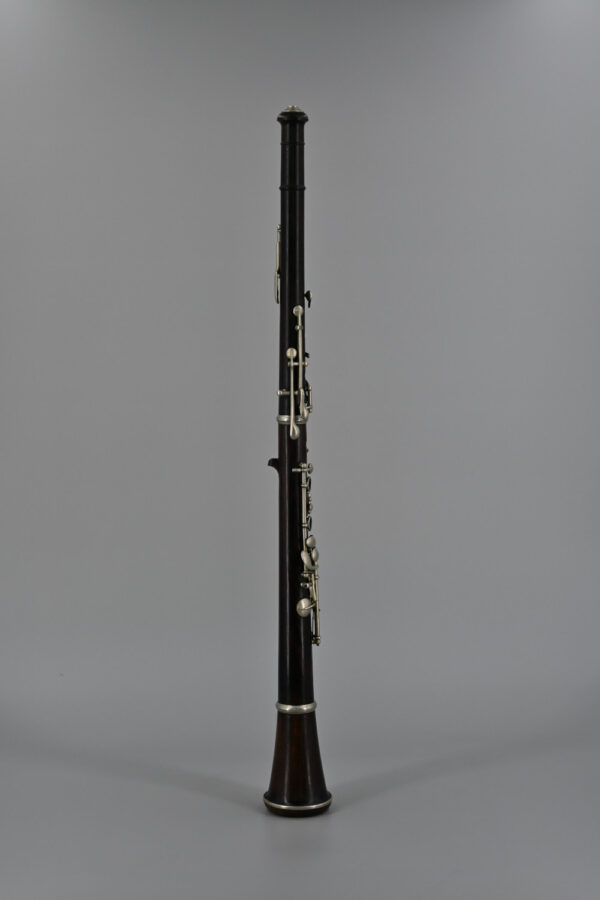 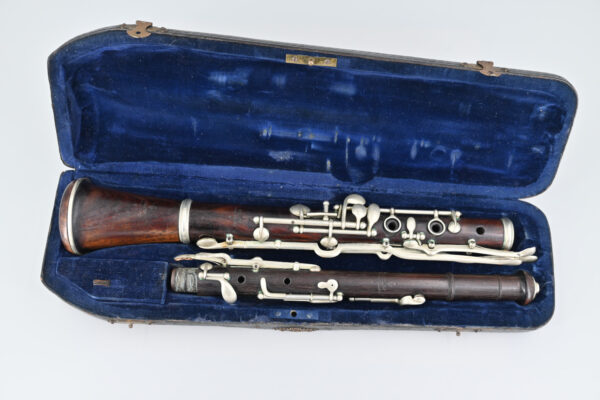 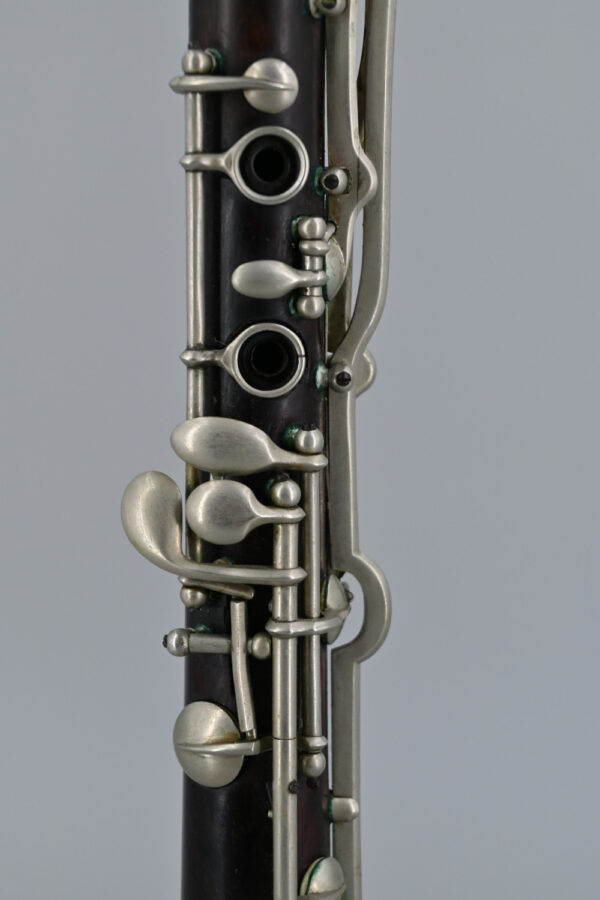 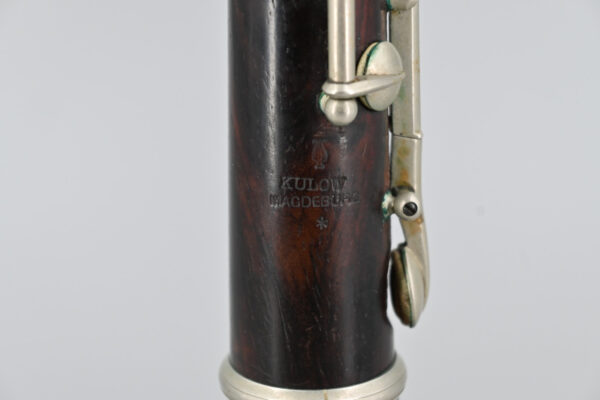 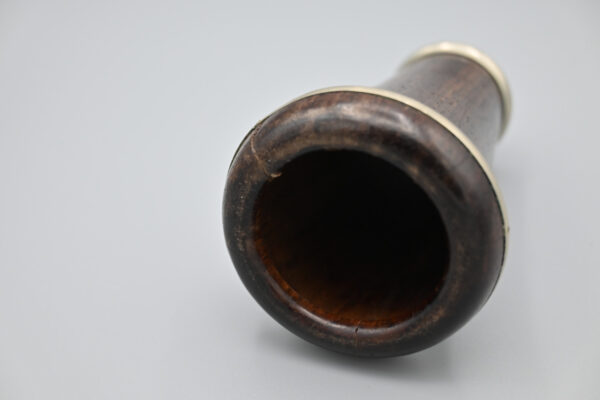 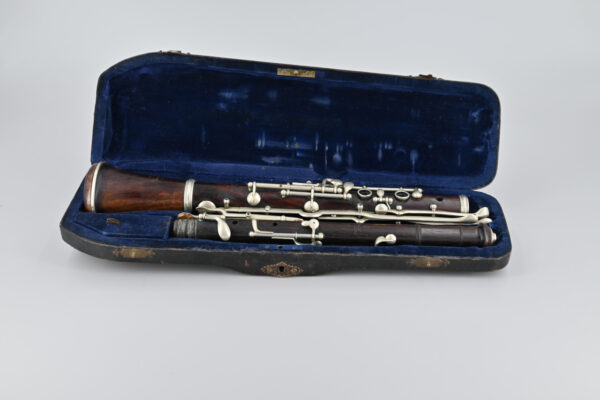 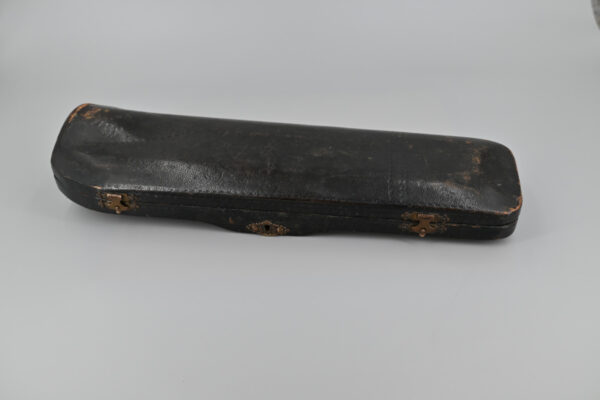 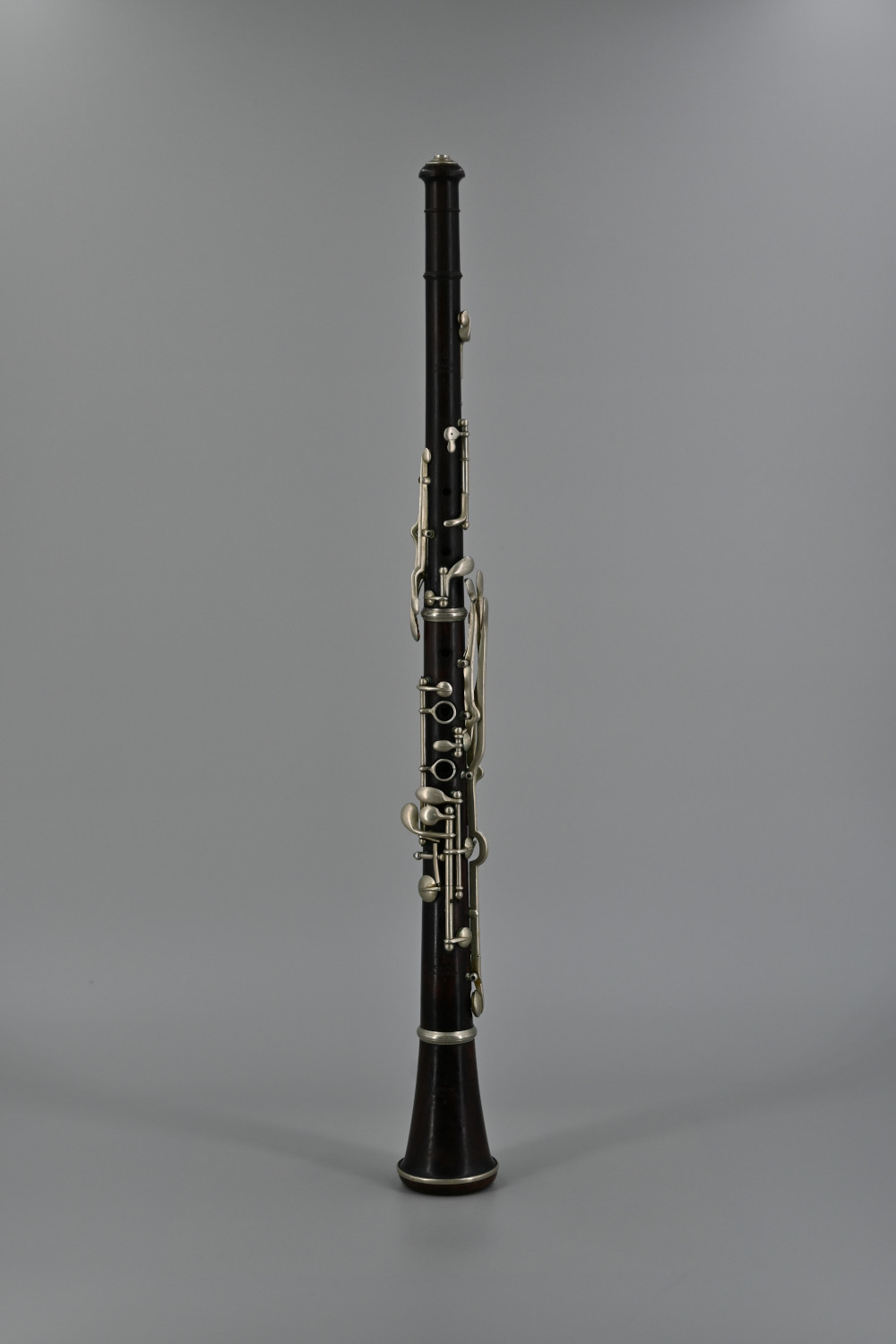 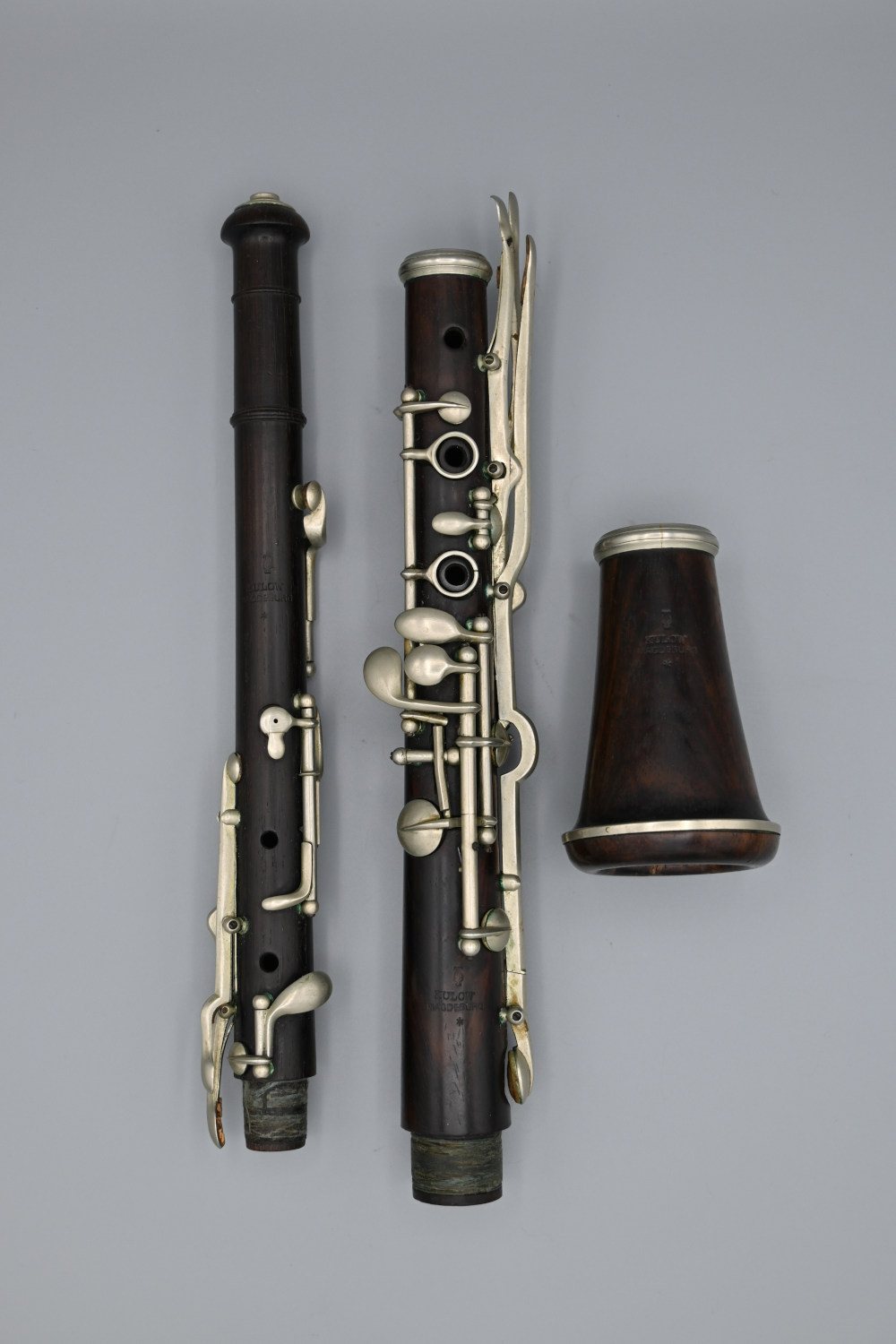 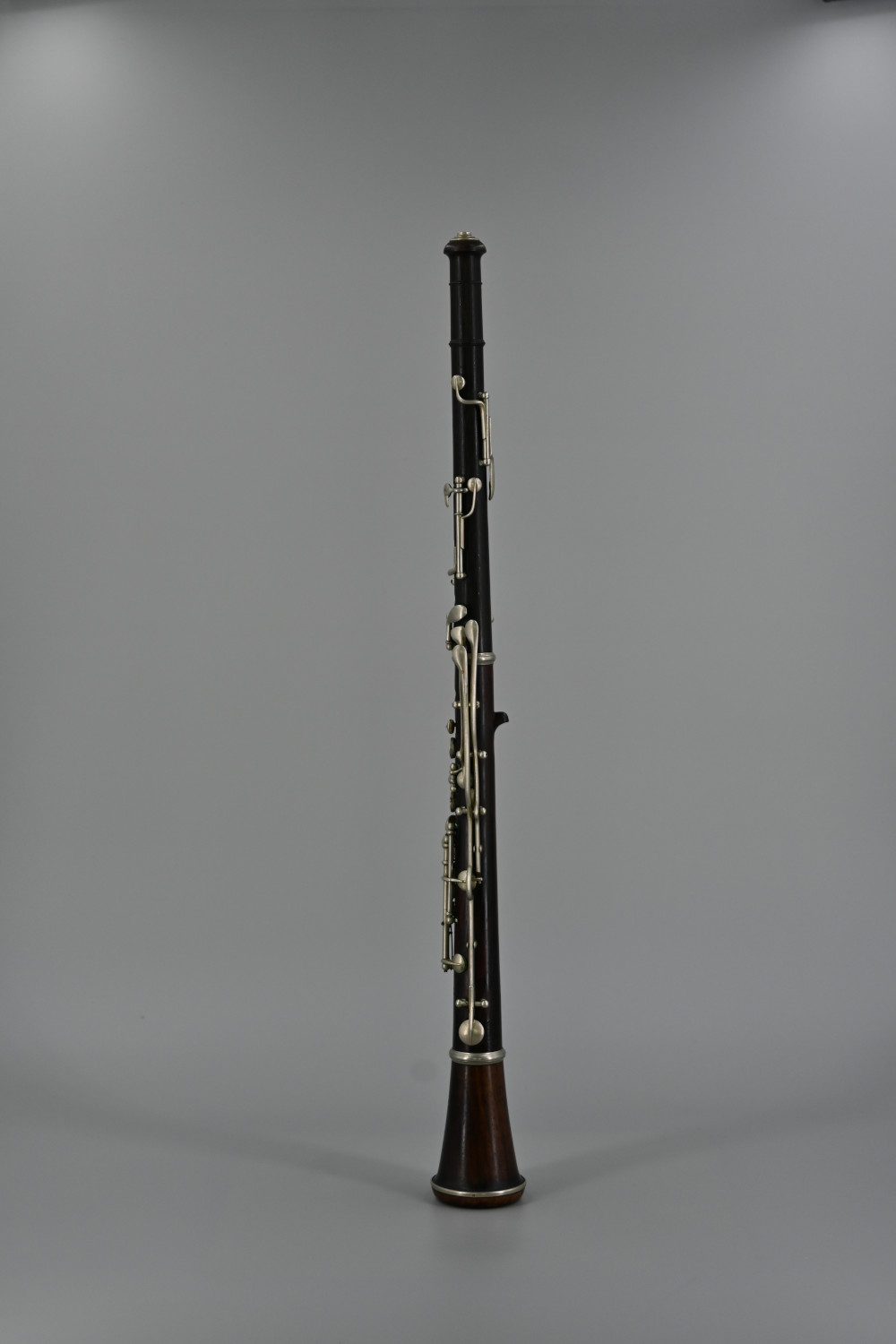 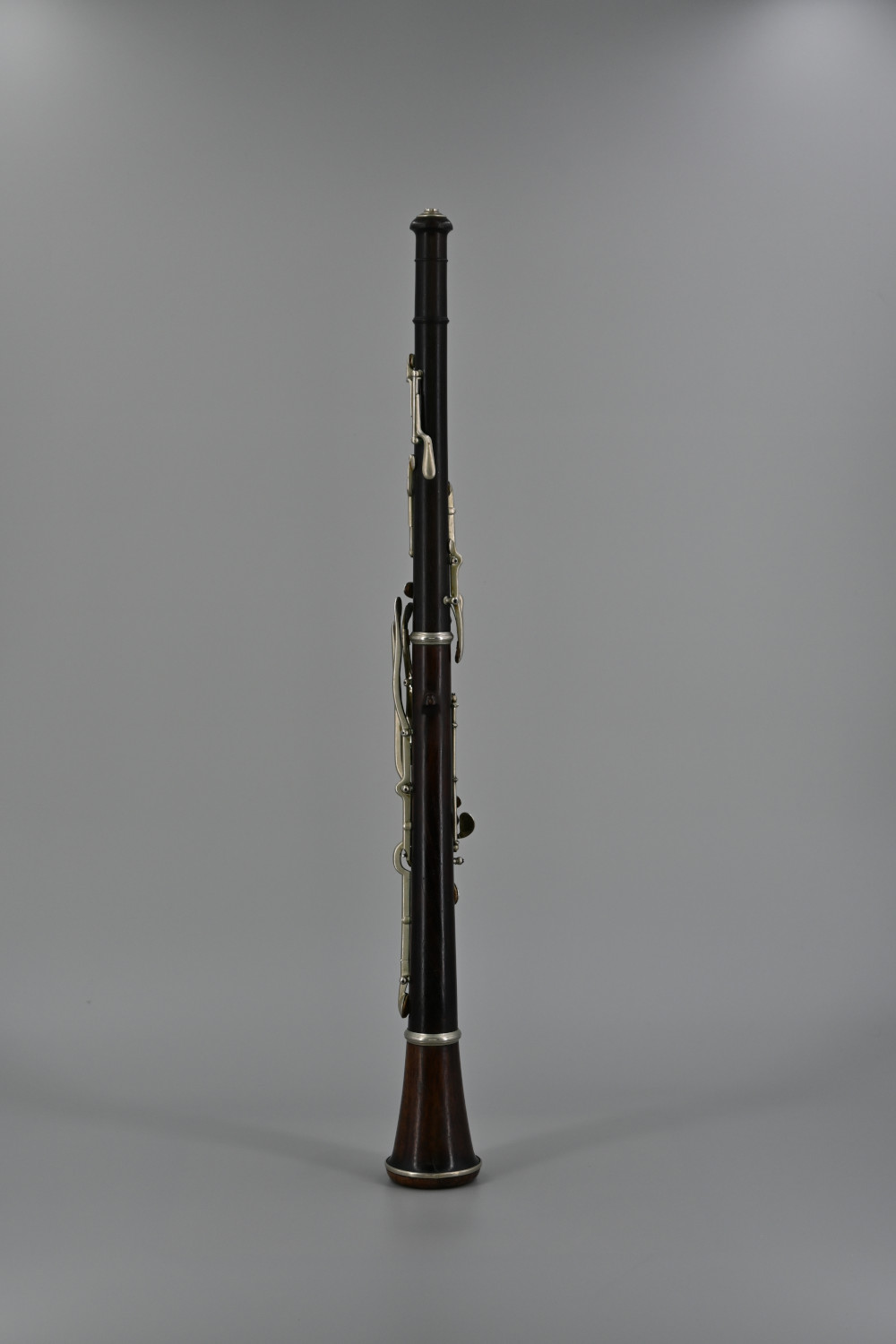 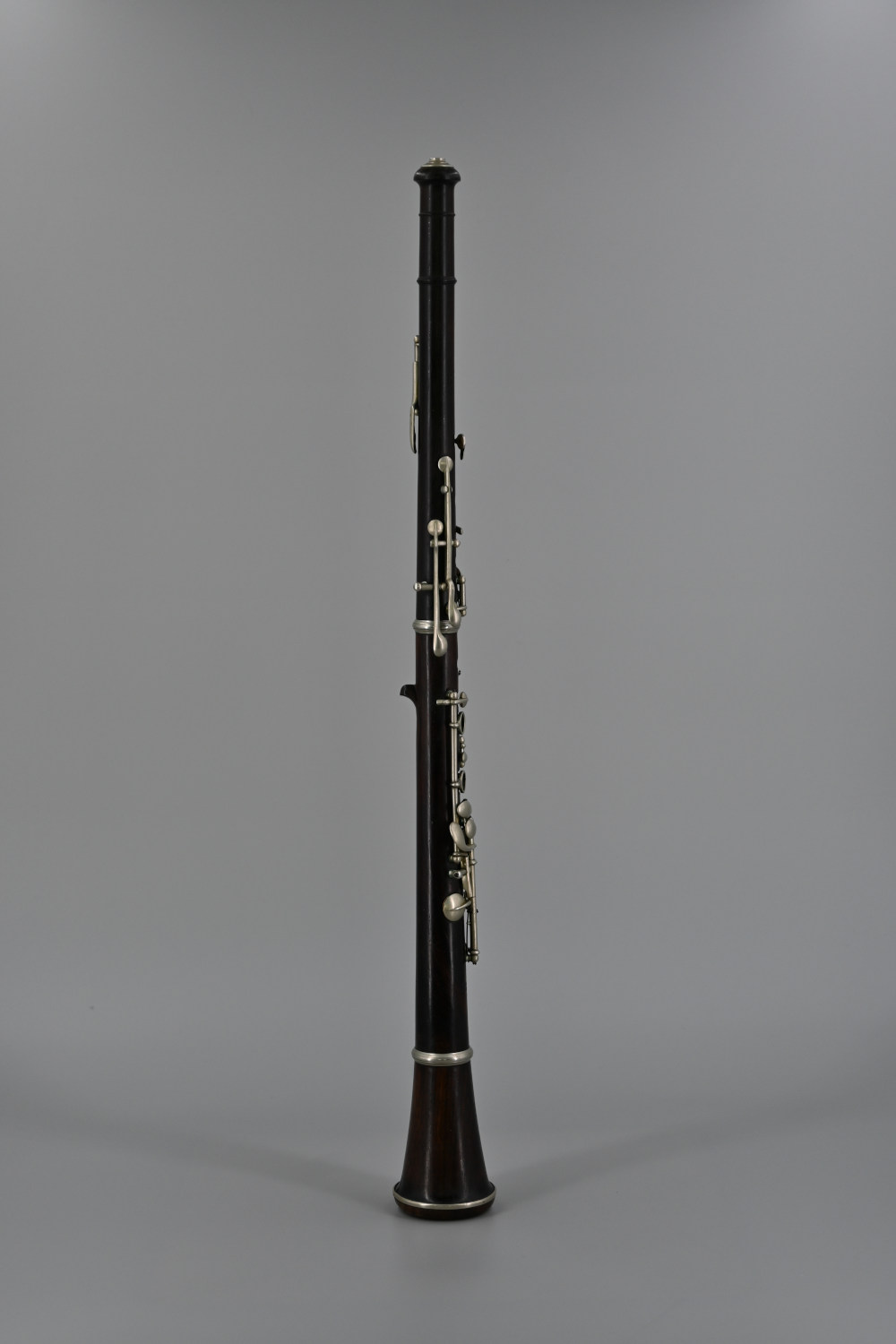 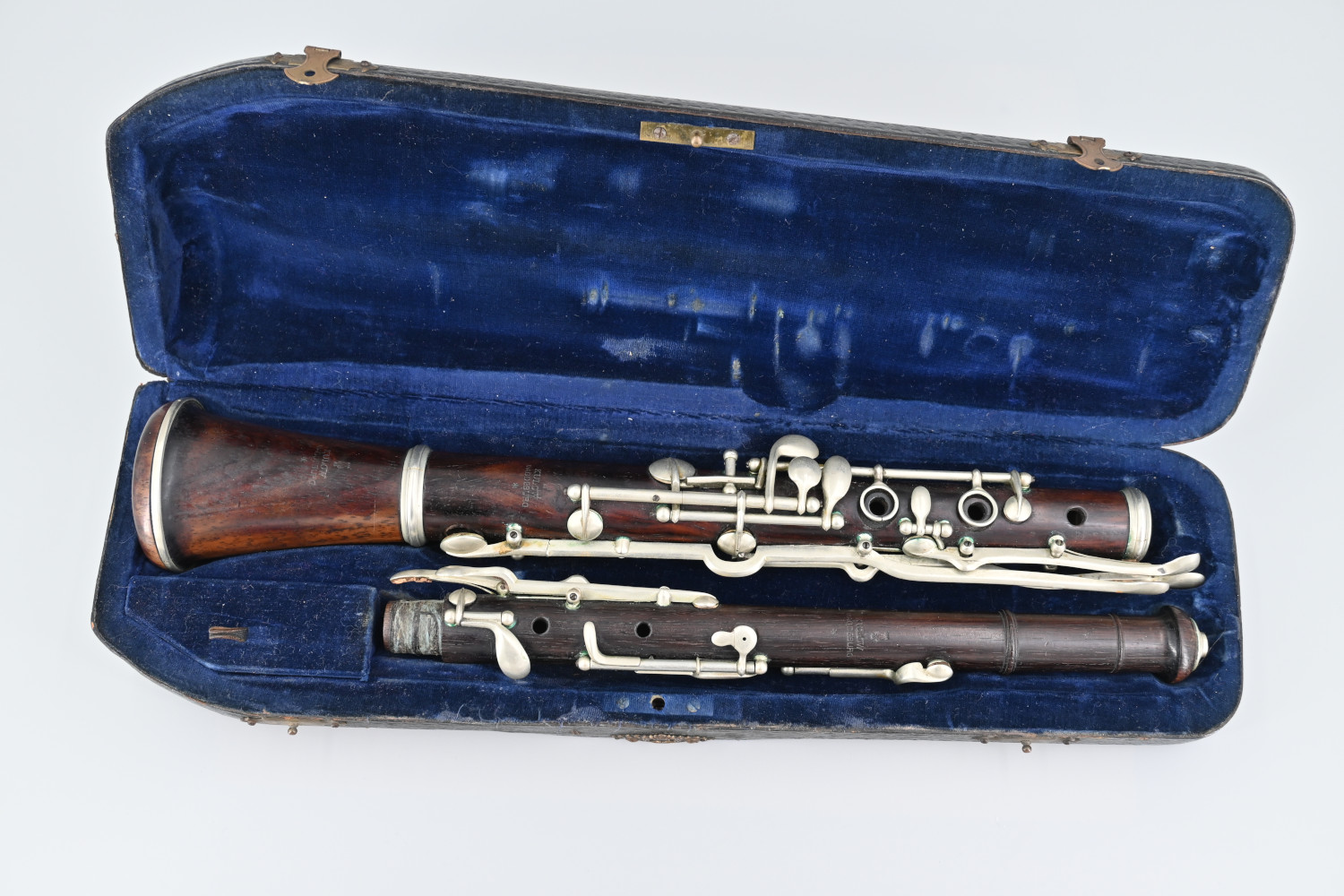 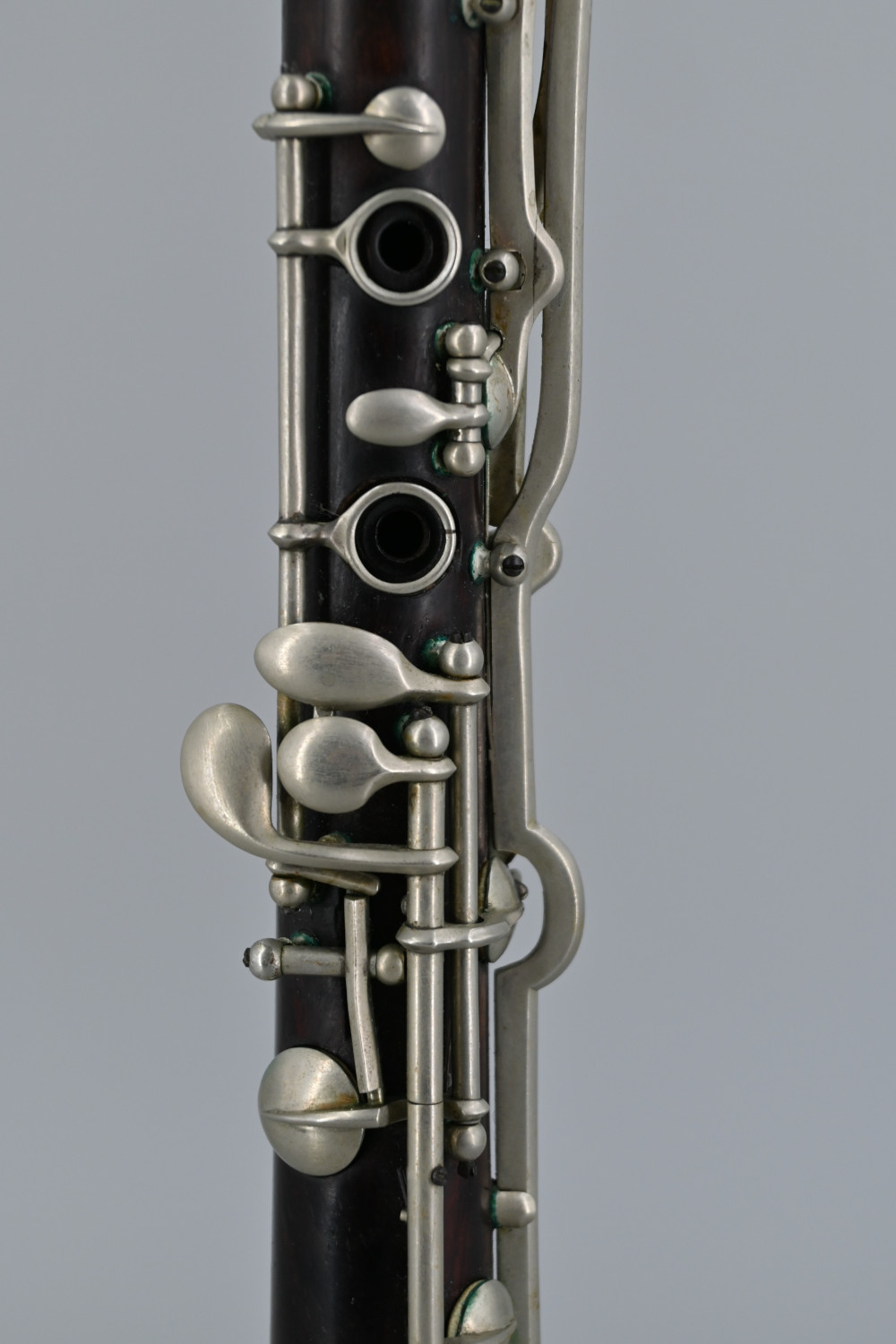 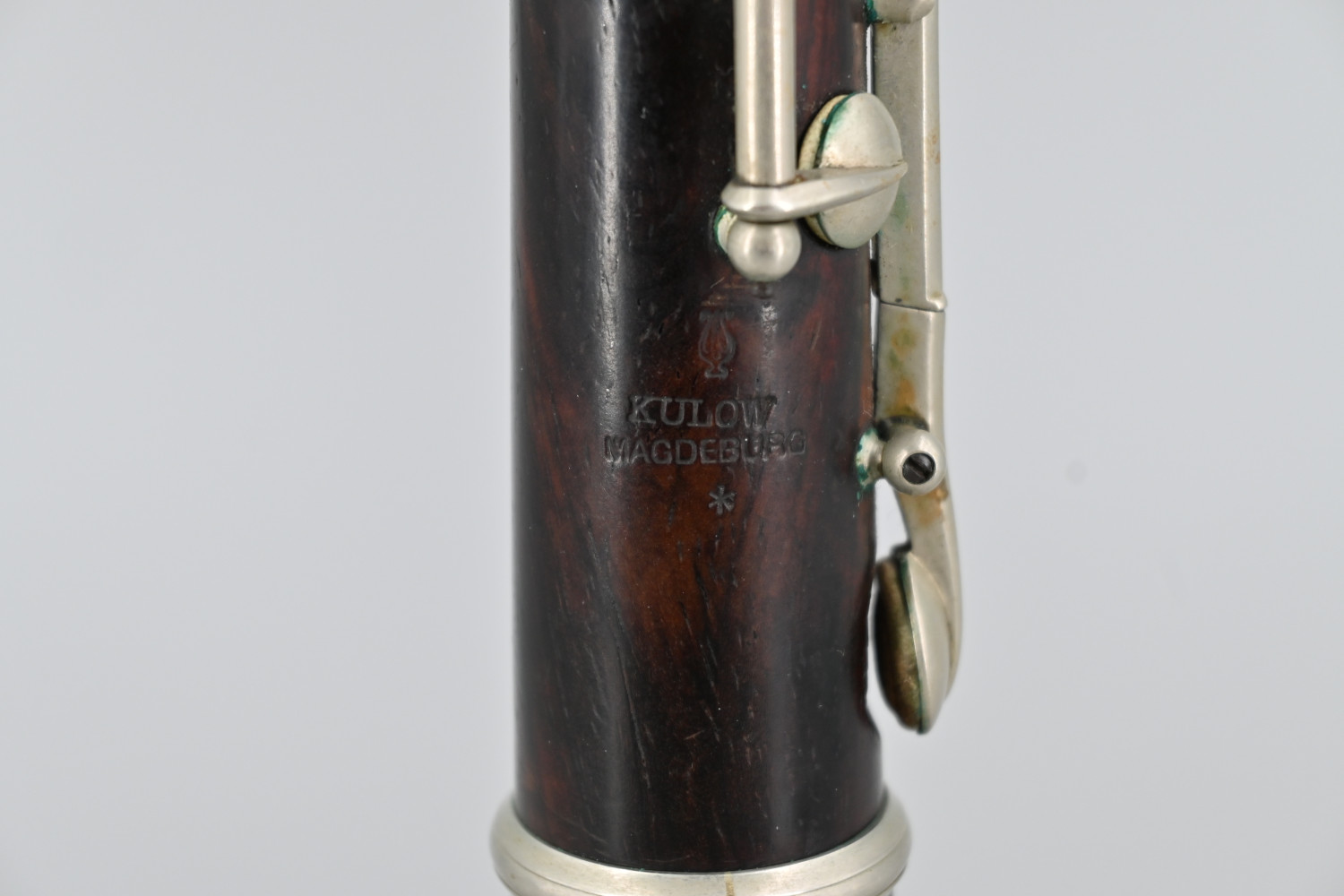 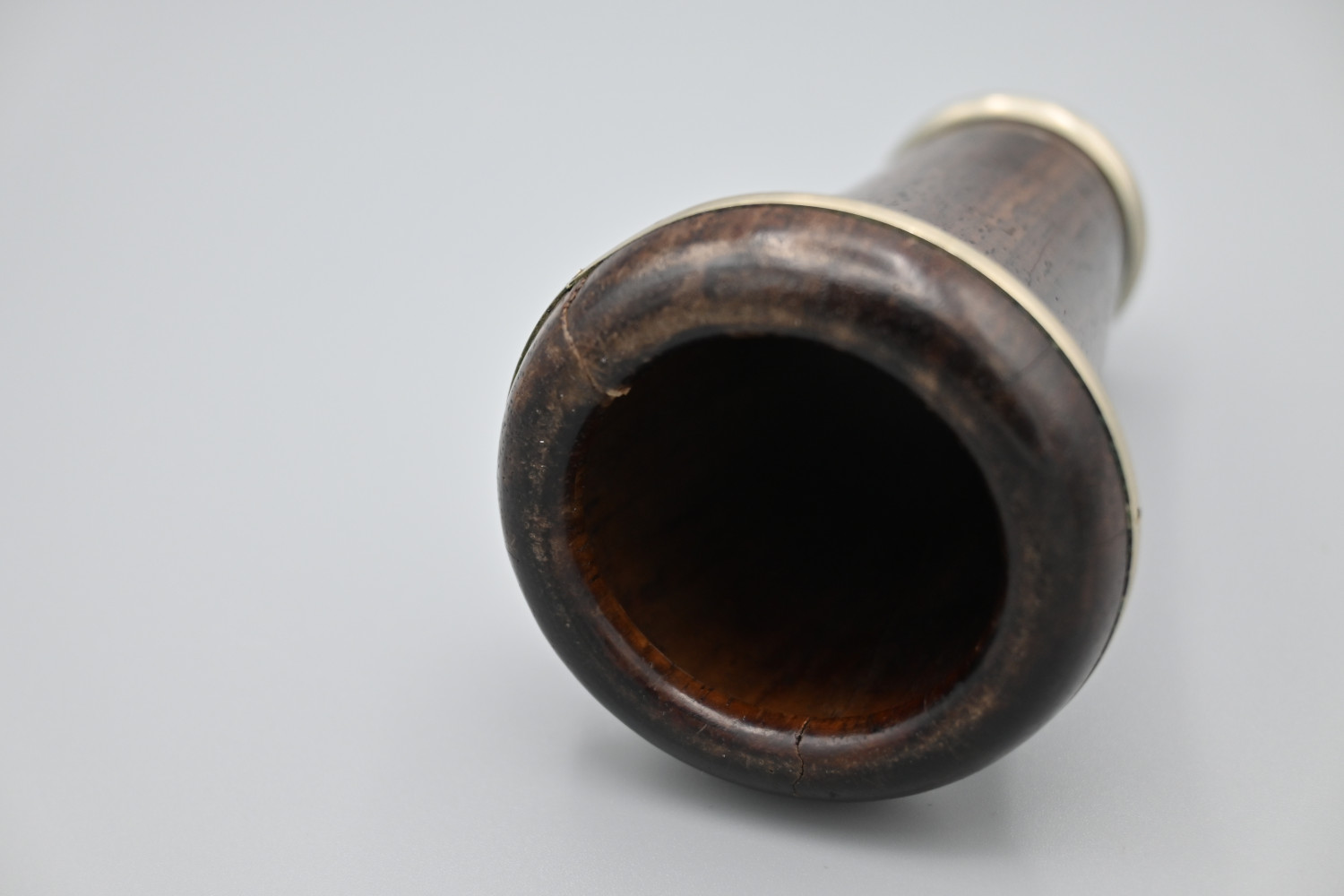 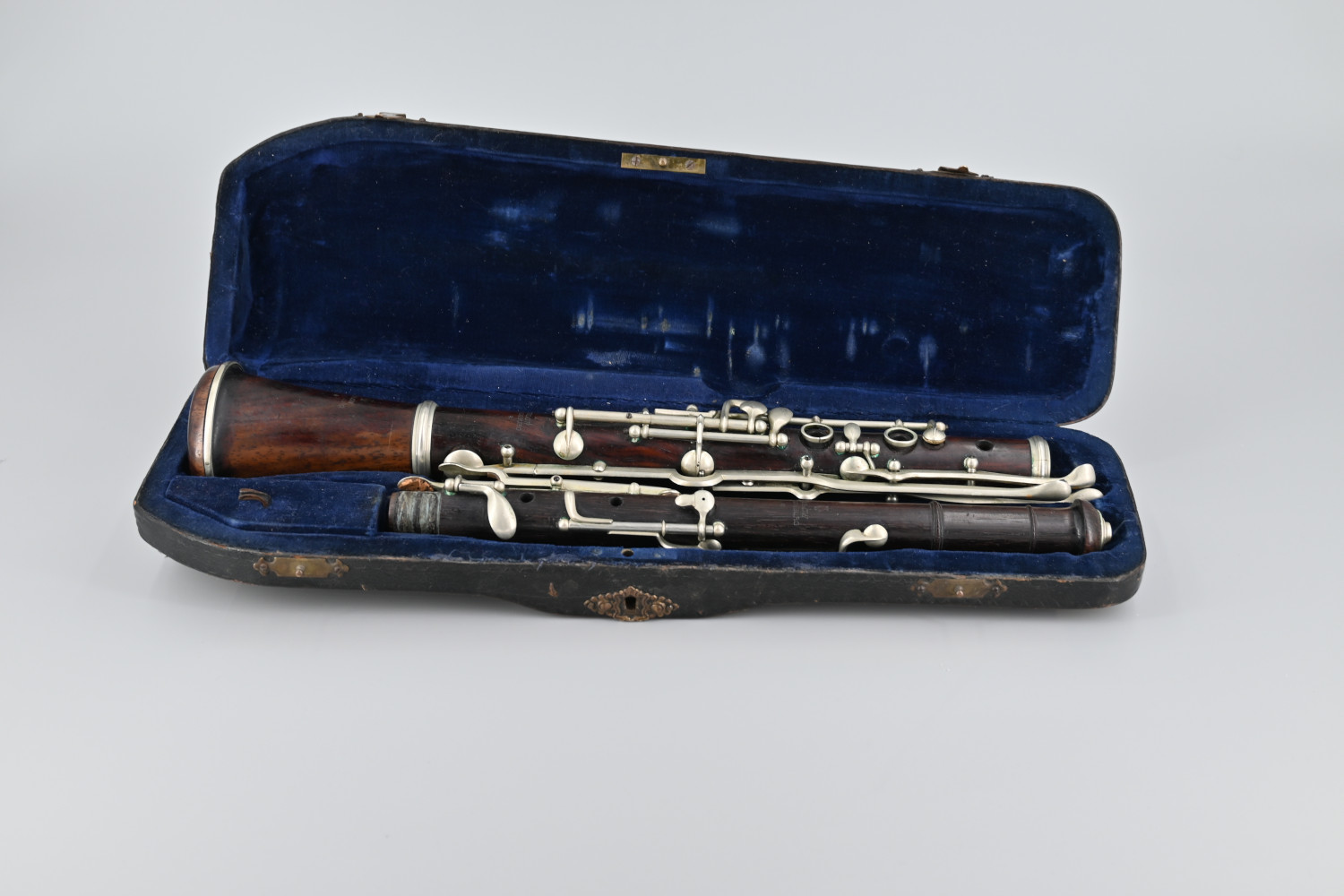 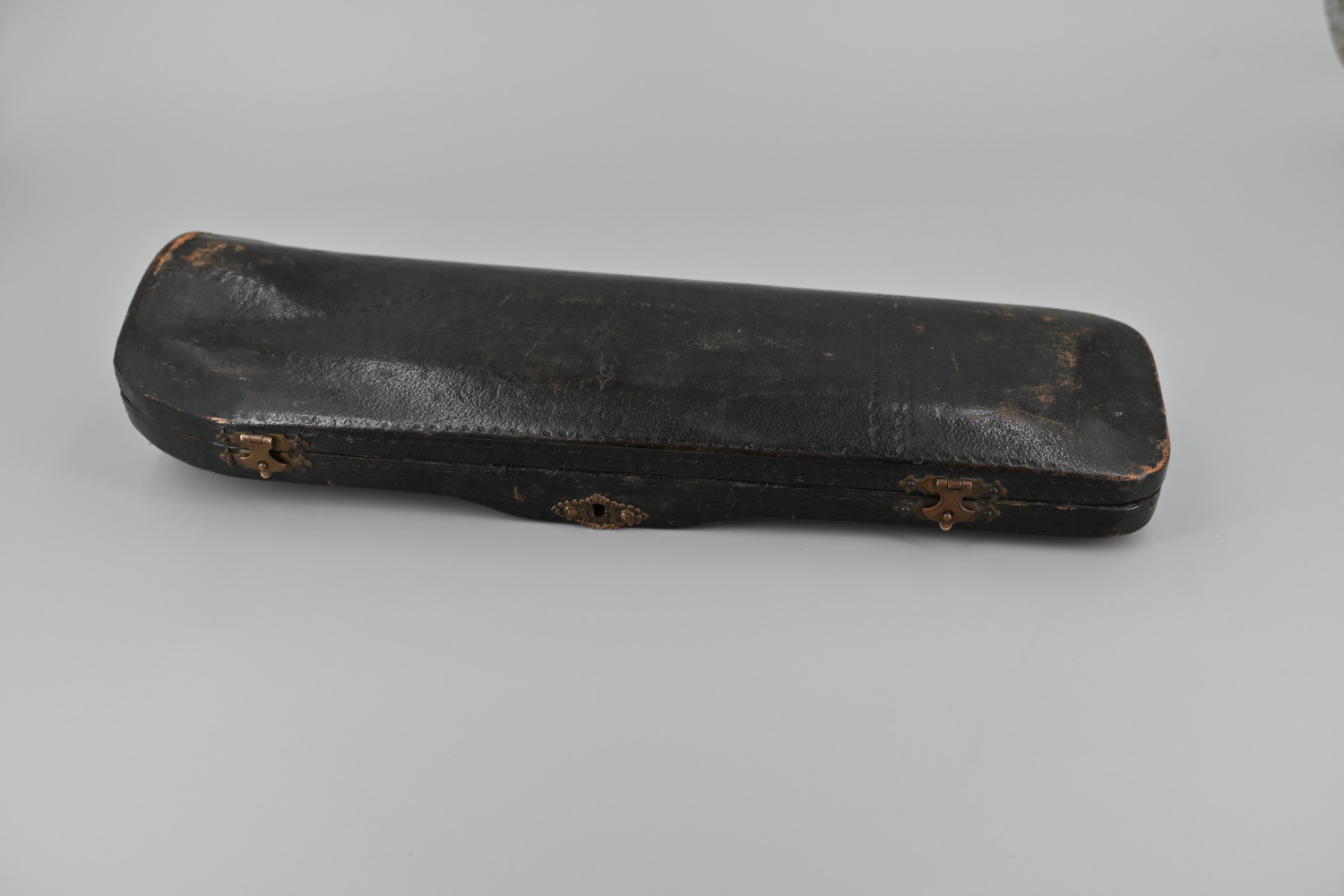 A palisander, keyed oboe for sale, crafted by Friedrich KULOW (1853-1939).
Friedrich Karl Herrmann KULOW was born in Berlin in 1853, where he learnt the craft of woodwind instrument making. He spent some time as a journeyman working for the company HECKEL in Biebrich. He moved to Magdeburg where he worked for Hermann Sauerhering. After becoming a master, he set up his own company in the same city. He made oboes, clarinets, flutes and bassoons of very high quality and among his clientele were military bands as well as bands that played in theatres and cinemas.

Friedrich Kulow married Elise Köhler (1860-1922) in 1880 and they had a total of nine children. The eldest, Franz Walter, who was born in 1881, was trained to make instruments. He was supposed to take over the family tradition of woodwind instrument making. However, his early death in 1917 brought the tradition to an end. Friedrich Kulow died in 1939. Sadly, in January 1945, his whole workshop bas bombed during an air-raid and very little remained of the building or the Kulow workshop.

This oboe was made towards the end of the nineteenth century. The instrument has been lovingly used and played over several years at a pitch of a=440 Hz. It is in good condition in general. There are two thin cracks in the bell. The keywork is all complete.
This oboe needs to be restored and brought back into playing condition.