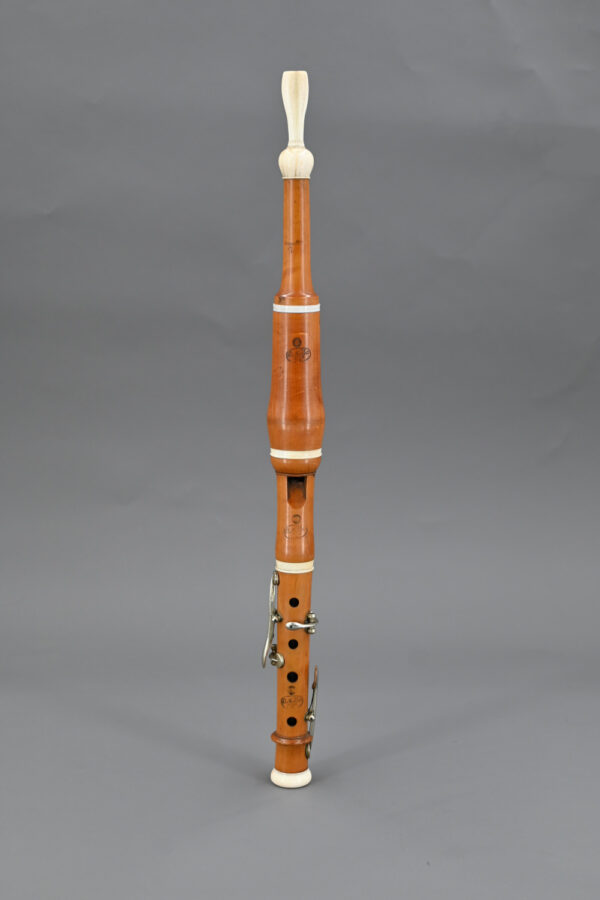 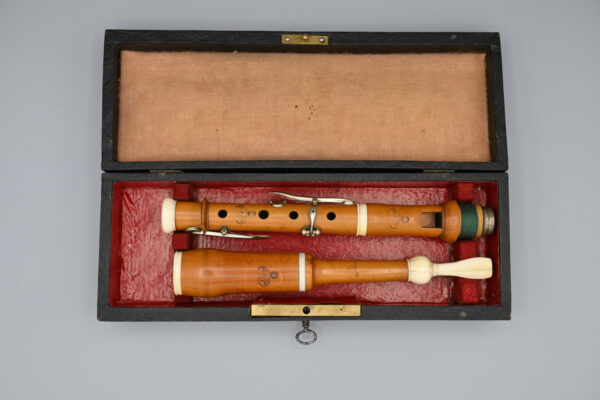 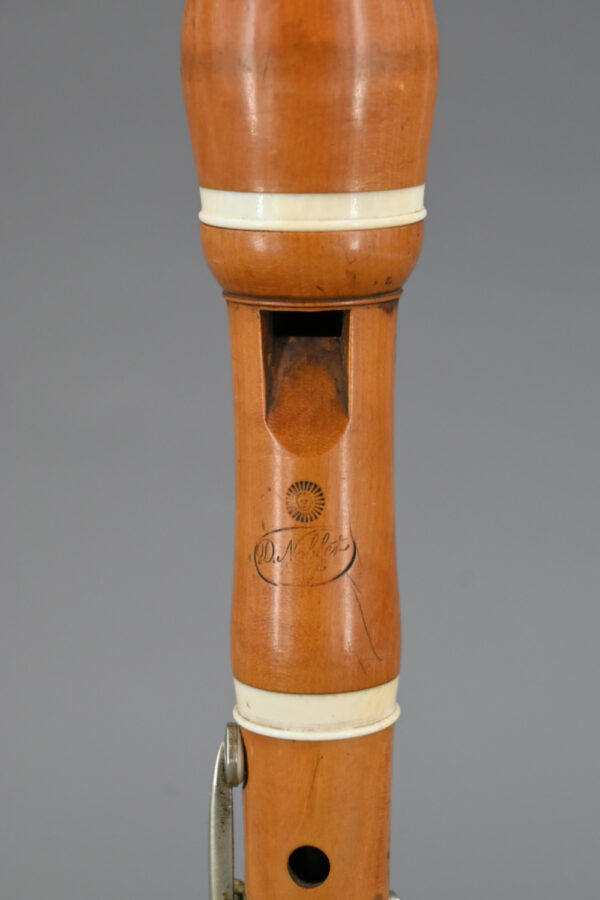 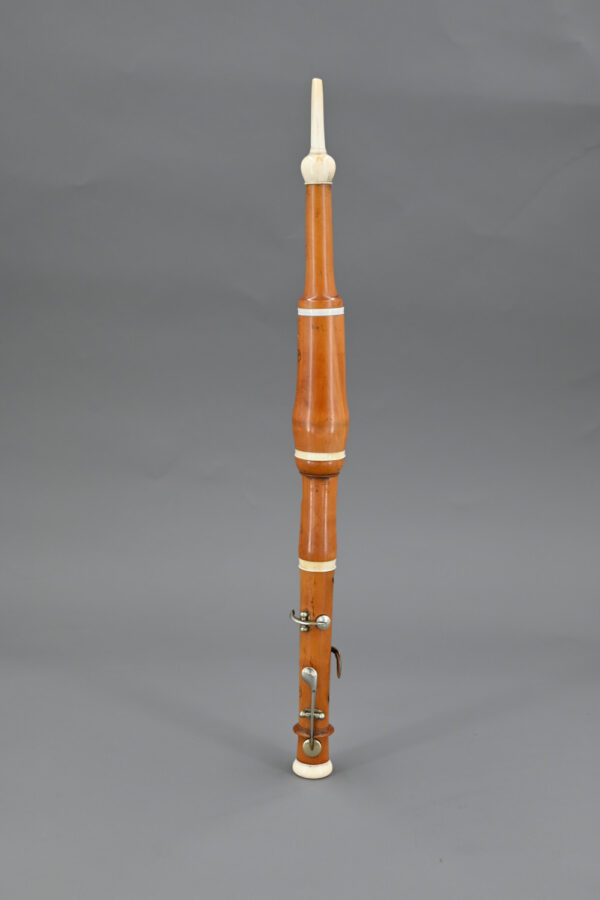 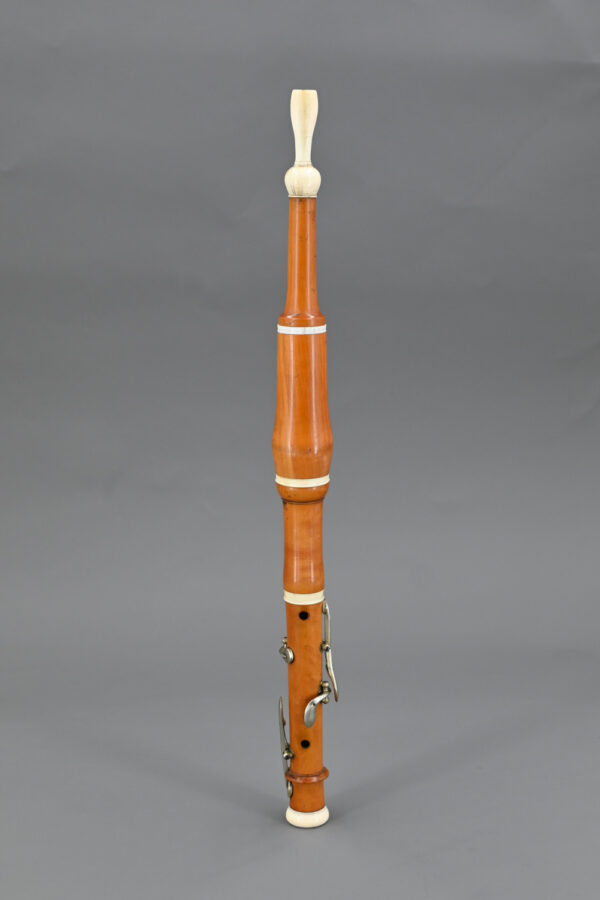 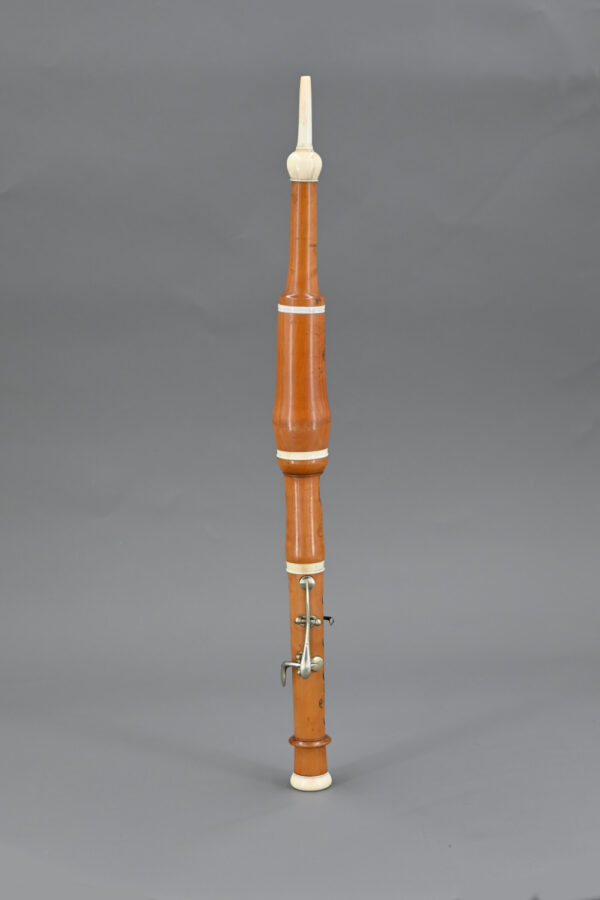 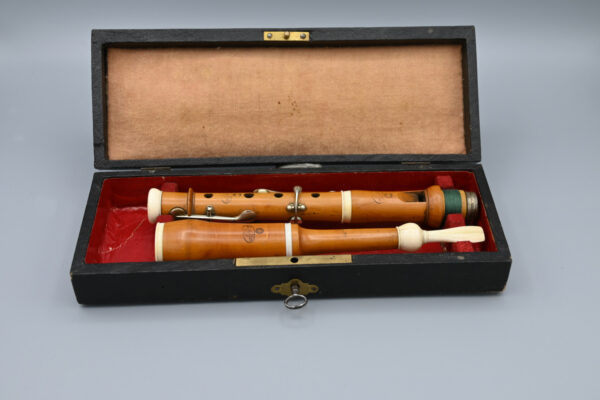 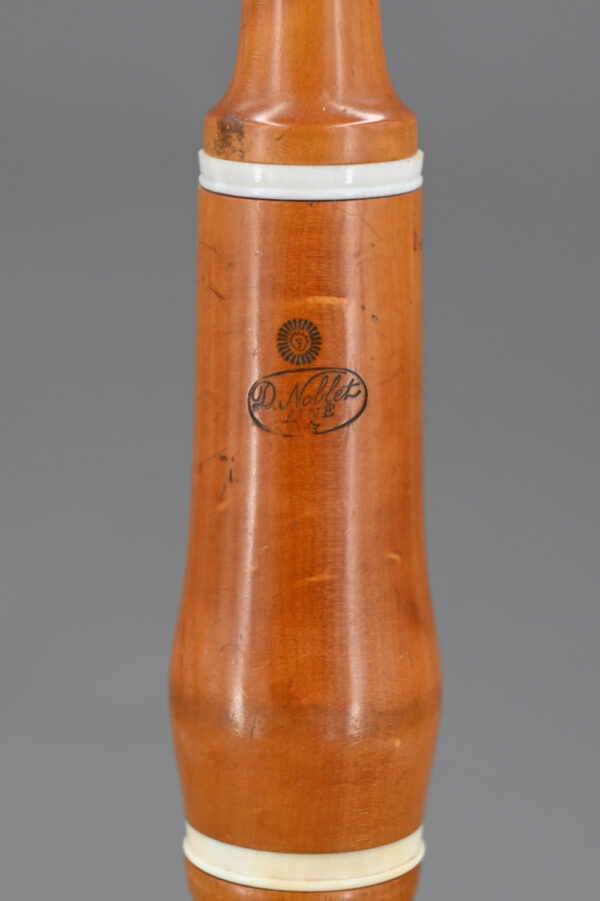 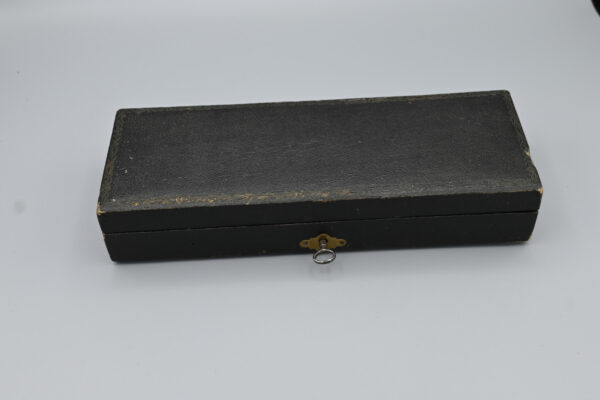 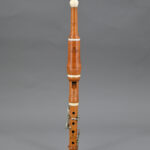 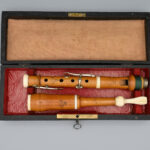 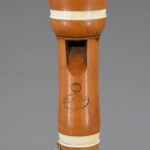 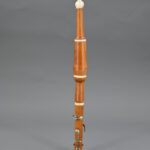 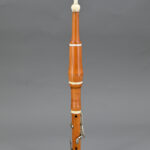 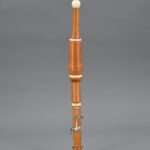 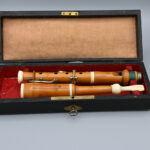 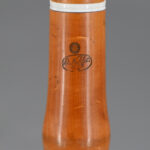 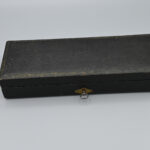 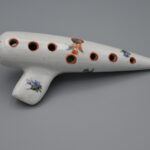 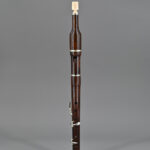 A wonderful four-part French flageolet with 4 keys  in Boxwood . It has four tone-holes on the front and two on the back. The ivory rings and oar-shaped beak are original and are unaltered. The four keys are made of German/nickel silver. All the parts are stamped ‘D. Noblet/AINE’ with the addition of a sunshine/face in a star. The NOBLET family of turners and violin makers was active in La Couture-Boussey between 1728 to 1904, when it was acquired by Leblanc. The small town, located in the north of France, seems to have been ‘the place’ for musical instrument manufacture at the time. It was where families including the Hotteterres, the Godfroys and the Lots, to name just a few, had their workshops.
This flute seems to have been made by Denis Nicolas NOBLET (1796–1874) and he was an active instrument maker towards the second half of the nineteenth century. He made some changes to the company stamp so that it had cursive text and oval shape around the lettering. We can estimate the date of fabrication to be around 1860. It is in unrestored, but playing condition, tuned in A and plays quite nicely at a pitch of a=440 Hz. This lovely flageolet is supplied in what might be its original wooden case with key!!!

has been added to your cart.
Checkout
Boxwood